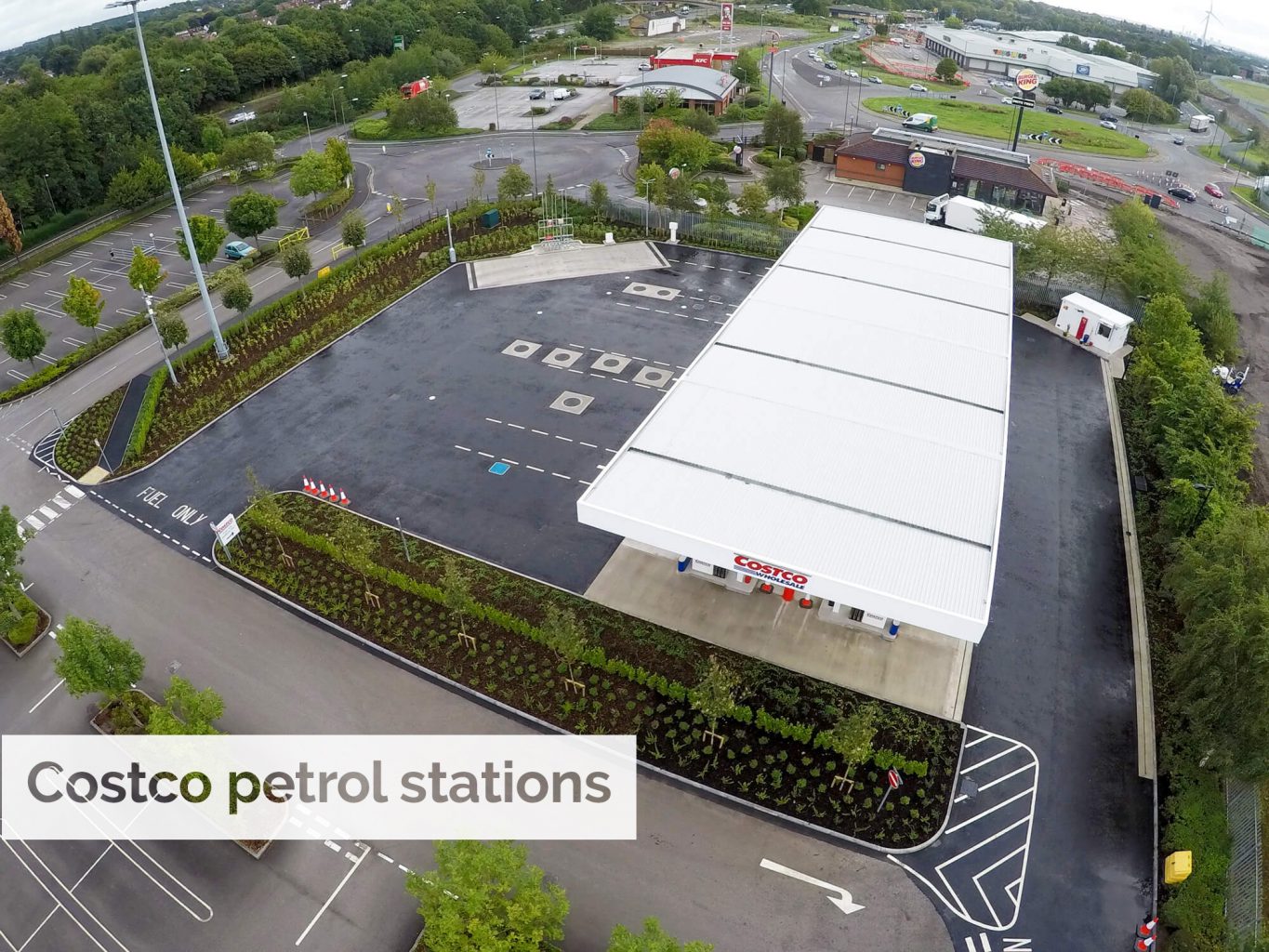 This year we have teamed up with SPA Landscaping to help Costco Wholesale Corporation petrol stations bloom throughout the UK.

Throughout 2019 Costco have been constructing new petrol stations at select locations across the UK. The construction of these sites has required a full-scale landscaping renovation from topsoil amelioration right through to tree and shrub planting.

Sheffield based SPA landscaping’s large in-house team carried out the works across a number of the sites and tasked us with the supply of trees, shrubs and herbaceous plants.

Before planting, SPA Landscaping used a rotavator to break up, churn and aerate the soil before providing a mulch finish. The benefits of doing such include conservation of soil moisture, improving fertility and health of the soil, reducing weed growth and enhancing the visual appeal of the area.

It’s been fantastic to work with SPA Landscaping to beautify the grounds of several Costco sites in the UK this year. Costco is one of the best-known names in trade retailing, with 770 shops worldwide, so it’s great to be associated with them and their latest petrol station constructions.

Alex Anthony, Director at SPA Landscaping, said “We pride ourselves on a high-quality finish to the job at hand, and when working with highly reputable companies such as Costco, we must ensure every aspect meets our standard. This is why we regularly work with Johnson’s of Whixley as their stock is second-to-none, and we know we trust an on-time site delivery.”