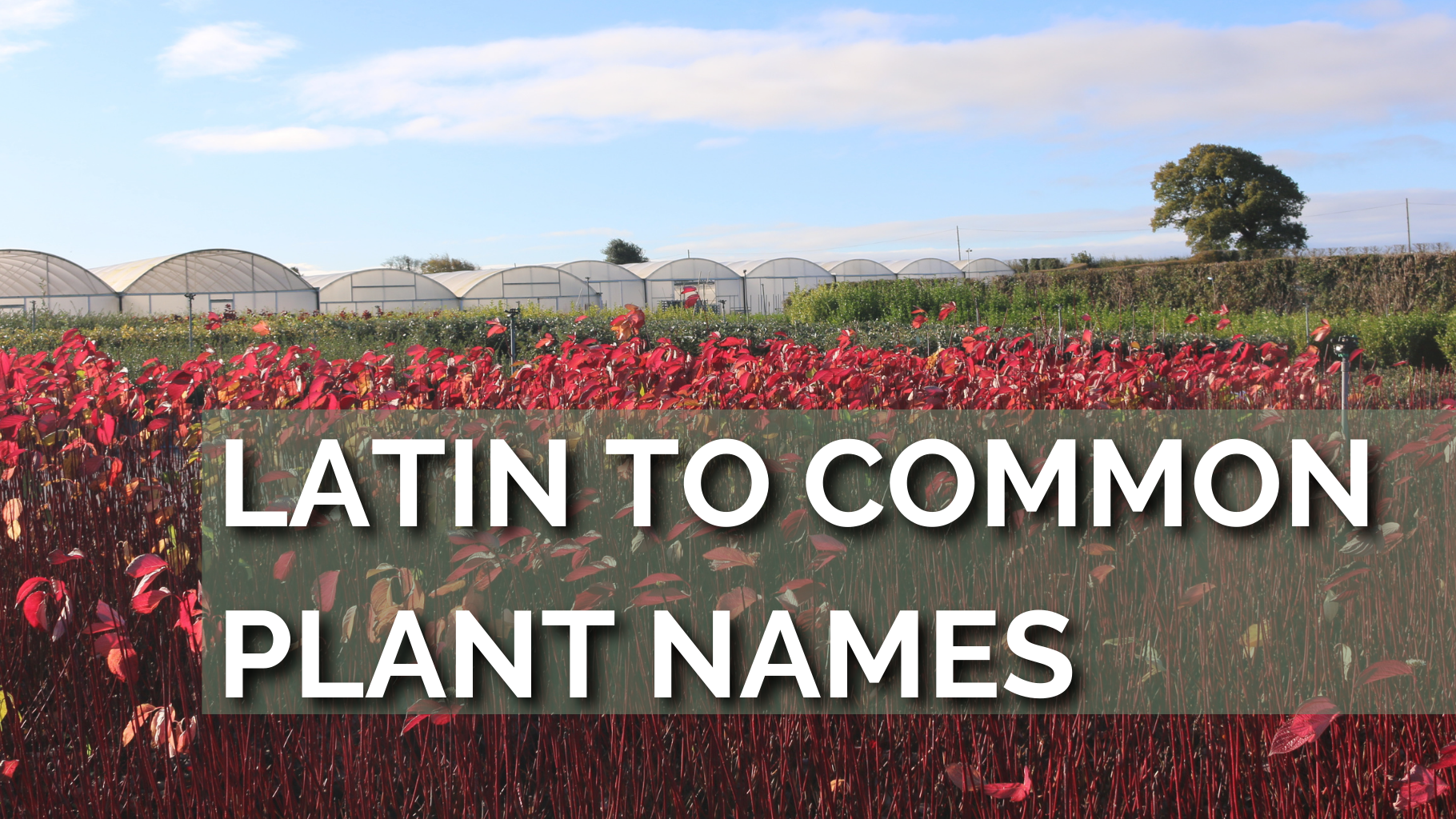 With hundreds of thousands of plant species across the world,  we have put together a list of Latin to English common plant names to help you identify what to ask for.

Why use Latin to name plants?

Botanical Latin is the language used throughout the world for naming and describing plants. Some of the very first writing about plants was in Latin and the Swedish botanist Linnaeus who lived in the 18th Century formally established the tradition that all plants should be given Latin names (or names of Latin form) and also that works relating to them should also be in Latin. Thankfully, whilst we still name plants in Latin we are no longer compelled to use it whilst writing about them!

This tradition of using Latin has continued for many good reasons not least that it has an abundance of words to describe the characteristics of plants such as colour, texture, size, and form. Also, since Latin is no longer spoken in an everyday sense the meanings of words in Latin do not change.  (Remember, in English, a computer once referred to a person who adds up.) The other major advantage of using Latin is that the words mean the same to people wherever they are in the world and whatever their mother tongue.