Six must have late-flowering perennials 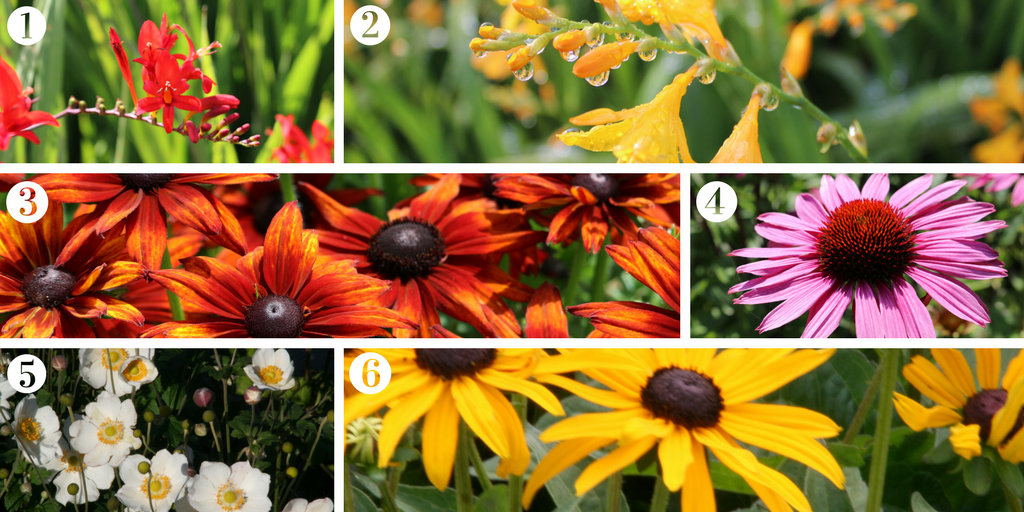 With summer slowly disappearing before our eyes, and plants going over and ready to be cut back, there are still some late-flowering perennials, which are a must if you eager to add some much-needed late summer colour.

Six must have late-flowering perennials

3) Rudbeckia ‘Summerina Orange’ are a stunning clump-forming perennial with rusty-coloured flowers with chocolate centres on long dark green stems. Giving colour from July to October a perfect addition to your summer border.

4) Echinacea ‘Magnus’ is not only is a favourite of butterflies, it’s one of mine too! Fantastic daisy like bright pink flowers with bright orange centres flower from July through to September - a must have for your herbaceous border.

5) Anemone 'Honorine Jobert' adds a fantastic splash of interest for late summer. Bright white flowers with yellow centres on long stems growing over 1 to 1.2 metres tall, which are great in partial shade, or at the back of a herbaceous border. They last from August to October.

6) Rudbeckia 'Goldsturm' are little rays of sunshine featuring golden yellow flowers with dark centres, which flower from August to October. They are ideal for a summer border, mixed with grasses.