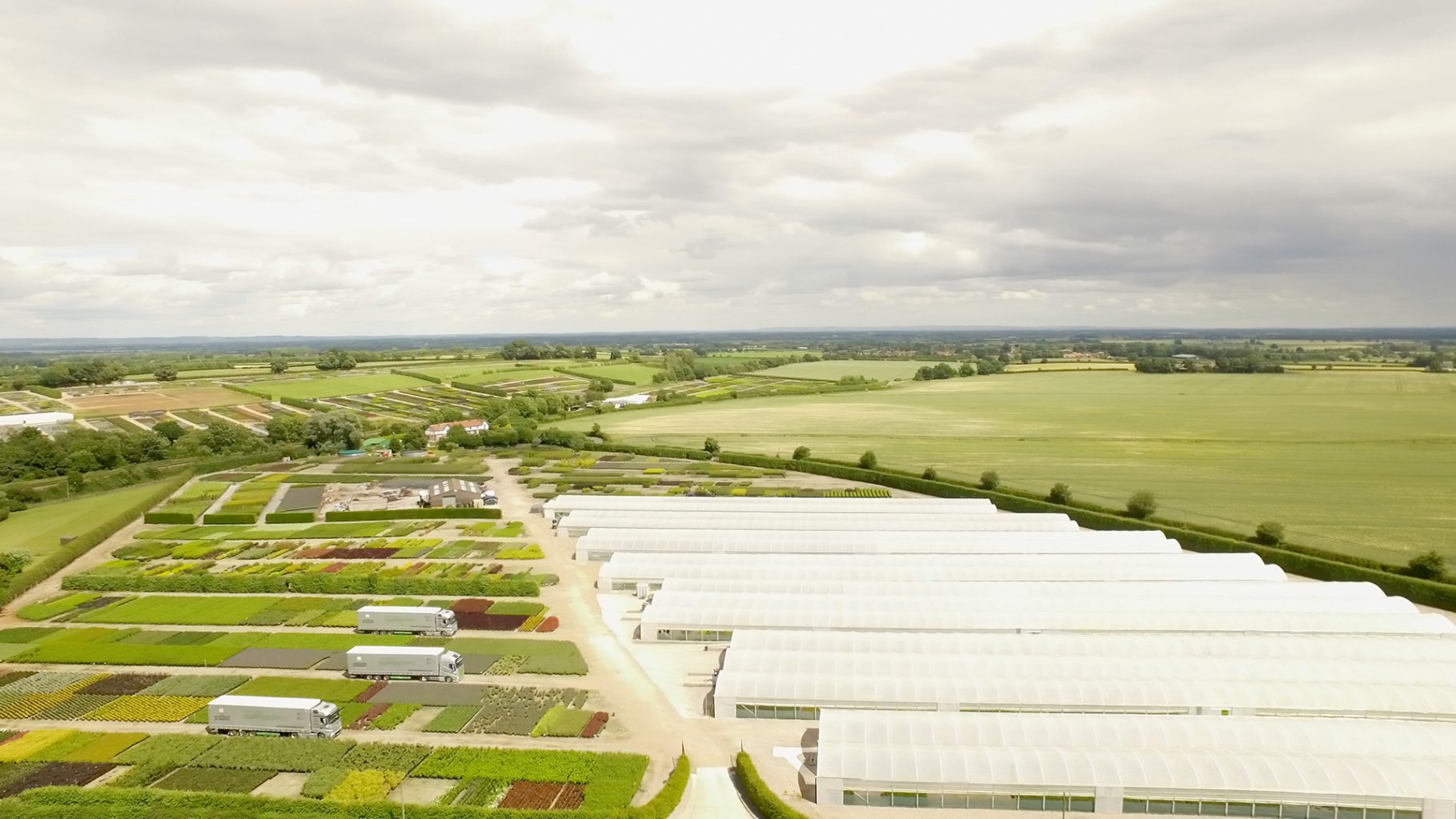 We are proud to have sold around 220 million plants during our century of business.

Our family business was founded by war veteran Eric Johnson in June 1921 and was bought by John Richardson in 1964; it has been owned by the Richardson family since.

Founder Eric Johnson started the company with minimum assets and a small piece of land bearing a couple of dozen fruit trees. He went on to produce a range of vegetables, fruit and garden plants that he sold directly from the nursery.

After a year he took on his first employee and bought a model T Ford lorry. He began selling his stock from markets in Knaresborough and Otley markets while selling plants from home at weekends.

As the business continued to flourish, he took on more employees and began to import plants from Holland.

But the Second World War was a setback. Eric saw all but one of his staff join the war effort; he stopped growing ornamentals and concentrated instead on producing vegetables. He was given a commission with the Home Guard, with a platoon of 60 covering the area between Walshford Bridge and Skip Bridge along the River Nidd to Nun Monkton, back to Green Hammerton and the A1.

Towards the end of the war, Eric bought seven acres of land in Whixley and ER Johnson Nurseries, based at Cattal & Whixley, was born. The nursery cropped Brussels sprouts, marrows, roses, ornamental trees and shrubs to name but a few.  The first large order was for 100,000 one-year seedling beech, sold to the Forestry Commission; they were all from one year’s crop and a single tree.

By 1964, when Yorkshire horticulturist John Richardson and his Scottish wife Dorothy took over, the company was producing 150,000 plants annually, many of which were seedlings of hedge plants and rhododendron ponticum. The business employed 11 full-time staff and had a turnover of £30,500.

John had spent much of his childhood on his grandparents’ market garden at Carlton, between Leeds and Wakefield. Aged 18, he went to Writtle College in Essex and completed a two-year college diploma in horticulture. Leaving college, John worked a full year for Willy and Robert Bean in East Yorkshire on intensive salad crops, while in his spare time he would grow rhubarb roots on borrowed land. He managed to sell the lot to the Bean brothers for £400 – a small fortune when the weekly wage at the time was just £6.50.

In September 1958 John moved to Surrey to work on the specialist market garden of FA Secret Limited for three years. He spent six months driving lorry-loads of produce from there to Covent Garden wholesale vegetable market. On his return journey, he would have to hand-load either five tons of spent hops from the Guinness brewery in north London or a consignment of horse manure from the Royal Mews, beneath Buckingham Palace.

He recalls: “On one occasion I was almost arrested as I drove down The Mall and through Admiralty Arch with a load of manure – lorries of any sort, particularly those full of manure, are not allowed down the Mall in front of the palace!”

By 1961 John had joined Fisons as the commercial representative for horticulture in Scotland, where he met Dorothy. The couple were married in 1962. John knew his heart lay in practical growing so was intrigued when his uncle, who owned a garage in the North Yorkshire village of Whixley, told him the owner wanted to retire. After a grand total of 16 trips from Scotland, the sale of the business was finalized and John was the proud new owner of Johnsons of Whixley.

Today, Johnsons has almost 200 acres of land and 120 employees, rising to 150 seasonally. The business sells between five and six million plants and trees each year. Despite the pandemic and Brexit, turnover for 2020 was £13.2m the second highest in the company’s history.

It remains a true family business, with 11 members of the Richardson family performing a variety of roles within the company. John, now 83, is the company chairman and still works a four-day week. His son Graham is the group managing director and makes the business’s overall decisions, with support from his brothers Iain and Andrew, who are directors.

John’s grandchildren Luke, Robert, Eleanor, Paul, Shaun and Jonathan Richardson are all involved with the business, as is his daughter-in-law Tracey.

John said: “I always enjoyed physical work and growing things, so my life has been pretty ideal. There have been problems caused by things outside of our control, like the parks no longer buying directly from 1977, Dutch Elm Disease, COVID-19 and Brexit, but we have been able to survive them all so far.

“This has not been just my own doing but is thanks to the support of motivated and trusted colleagues who have run the different elements with such professionalism. It is with great pride that I have seen my sons continue to develop the business year on year, and now I watch my grandchildren take up the reins to the even further successful growth of the company.”