Production at Johnsons 100 years on 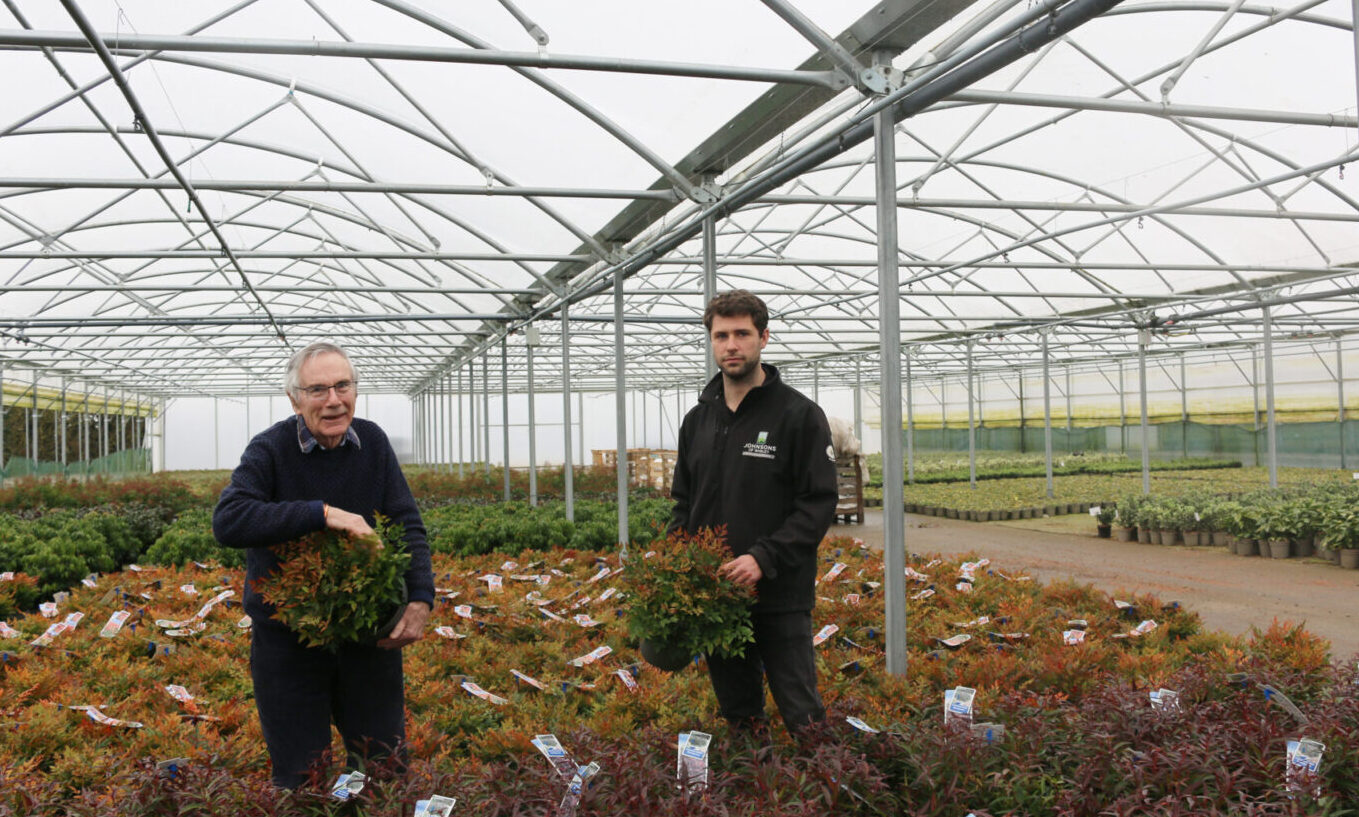 2021 is our Centenary year, and a lot has changed for our business over the past 100 years, but what has changed and what remains the same?

First off, we speak to Chairman John Richardson and his Grandson, Robert Richardson, the companies, Production Manager, about production changes during the past 100 years.

1.Firstly, how did it all start, tell us about the first plant variety Johnsons produced and sold?

John: It is now 100 years since Johnsons produced their first plants and I don't remember the detail too well!! Mr Johnson minimally started on his own and grew vegetables, some roses, polyanthus, fuchsias, daffodils, and tomatoes for sale locally. 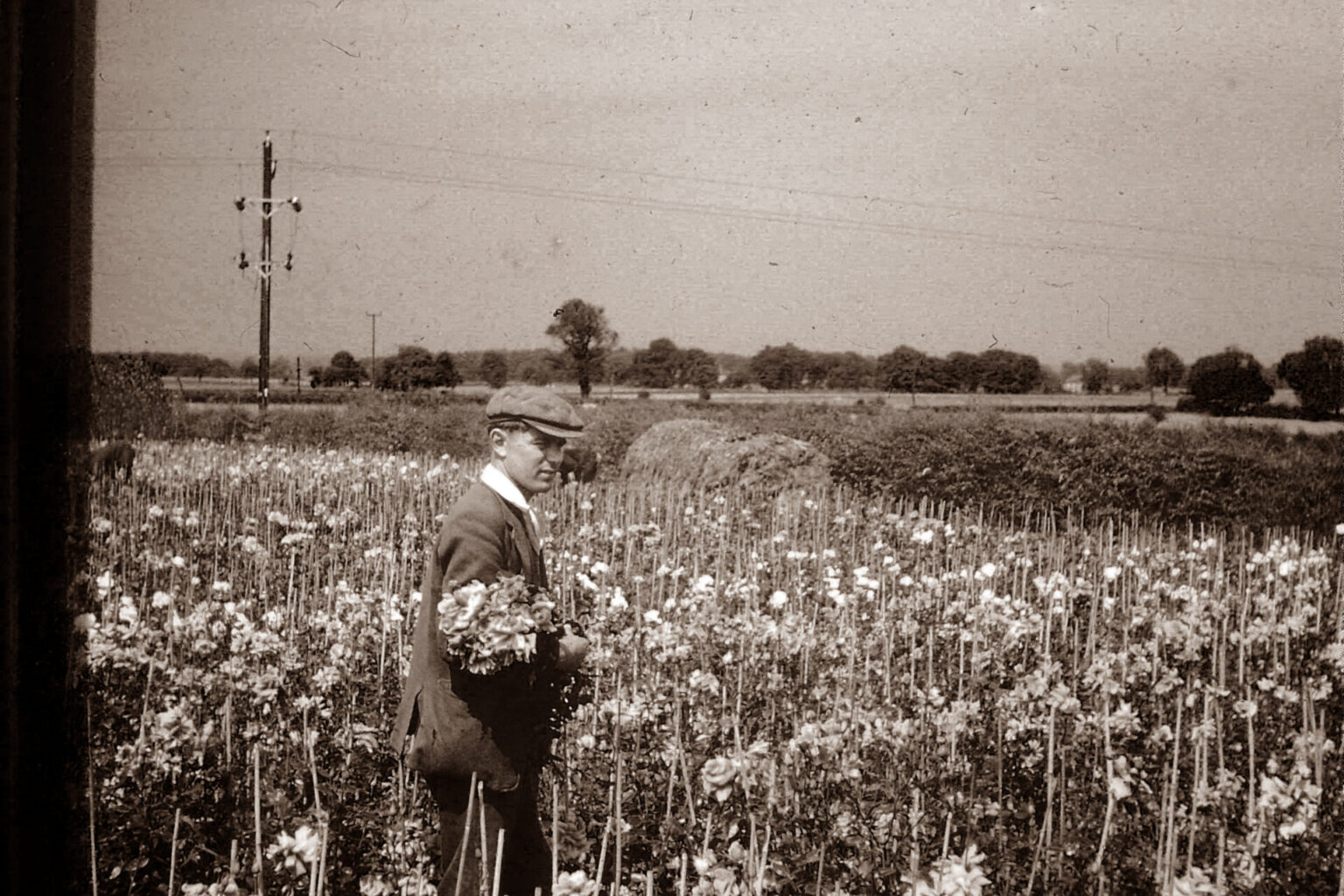 2. John, what knowledge of production did you have before purchasing Johnsons, and what did you learn from Mr Johnson?

John: My horticulture education was founded at my grandparents' market garden at Rothwell and then at the Essex Institute of Horticulture, which covered most elements during the 2-year course.

On leaving I did a year working on a market garden in Brough, East Yorkshire, followed by four years on a big market garden in Surrey. Having realized that I didn't have enough money to start vegetable production on my own, I joined Fisons, a national fertilizer company as an advisor to commercial veg growers to the whole of Scotland.  Whilst it was a brilliant experience, after four years I wanted to get back to actual production and found that Nursery Stock was the answer as it was usually on a small scale, with the big benefit (or so I thought!!) that if you didn't sell plants this year, they would sell for more money next year.

Mr Johnson was an excellent tutor from day one. One of the people I have most respected in my entire life. When he retired, he built a bungalow on the site and was on hand to help if I needed additional advise. 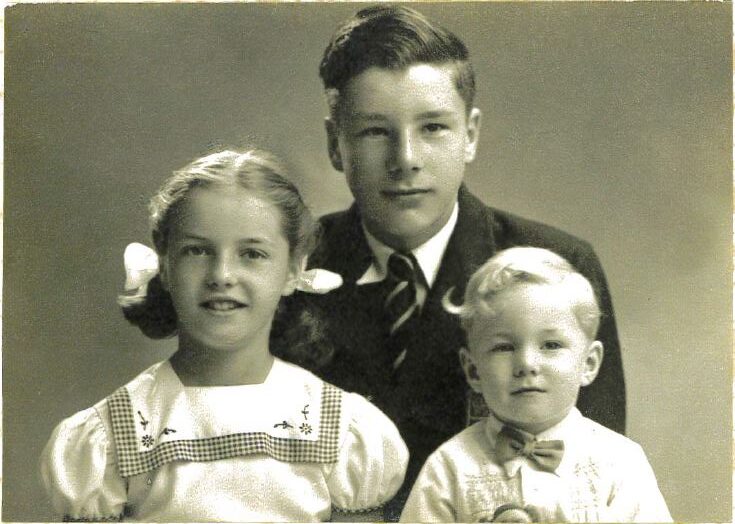 3.What challenges and triumphs did Eric tell you about his 43 years of producing plants before your purchase?

John: Mr Johnson started with the minimum of assets on a small bit of land bearing a couple of dozer fruit trees. He never learned to drive and had to wait until he got his first employee before he could sell through Knaresborough and Otley markets.  His wife was a tremendous help to him, and they never had children. In the second world war, he had to grow for food products only and was also heavily involved in the regional Home Guard movement. The business grew slowly and steadily over the years, but Mr Johnson was a real plantsman, his main objective in selling plants was to make room to grow some more! 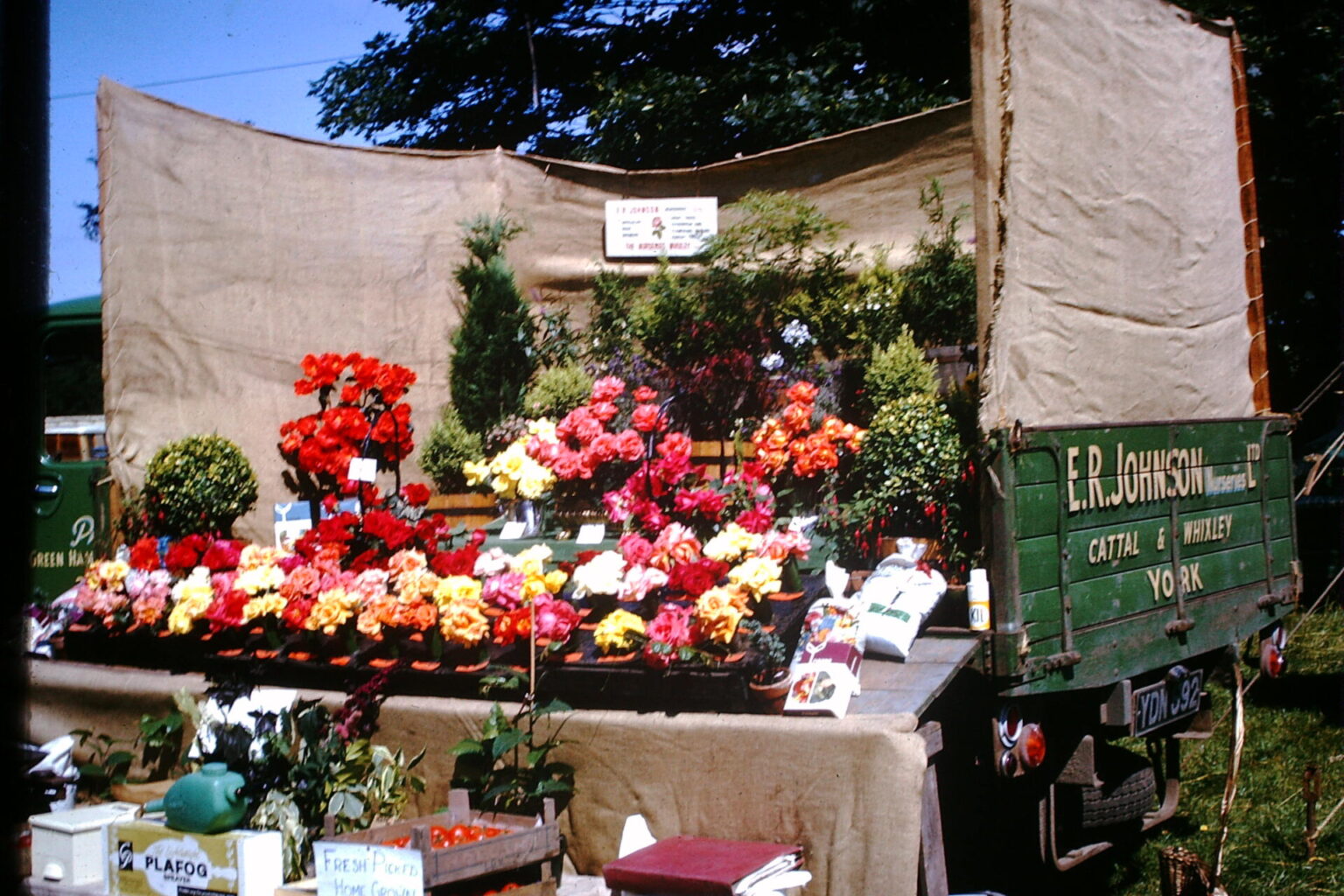 4.When you took over the business in 1964, roughly how many plants were Johnsons producing?

John: I estimate that it would be in the region of 150,000, many being seedlings of hedge plants and rhododendron ponticum, of which he sold 20,000 annually to Coles of Leicester as grafting stocks with a turnover of £30,500. 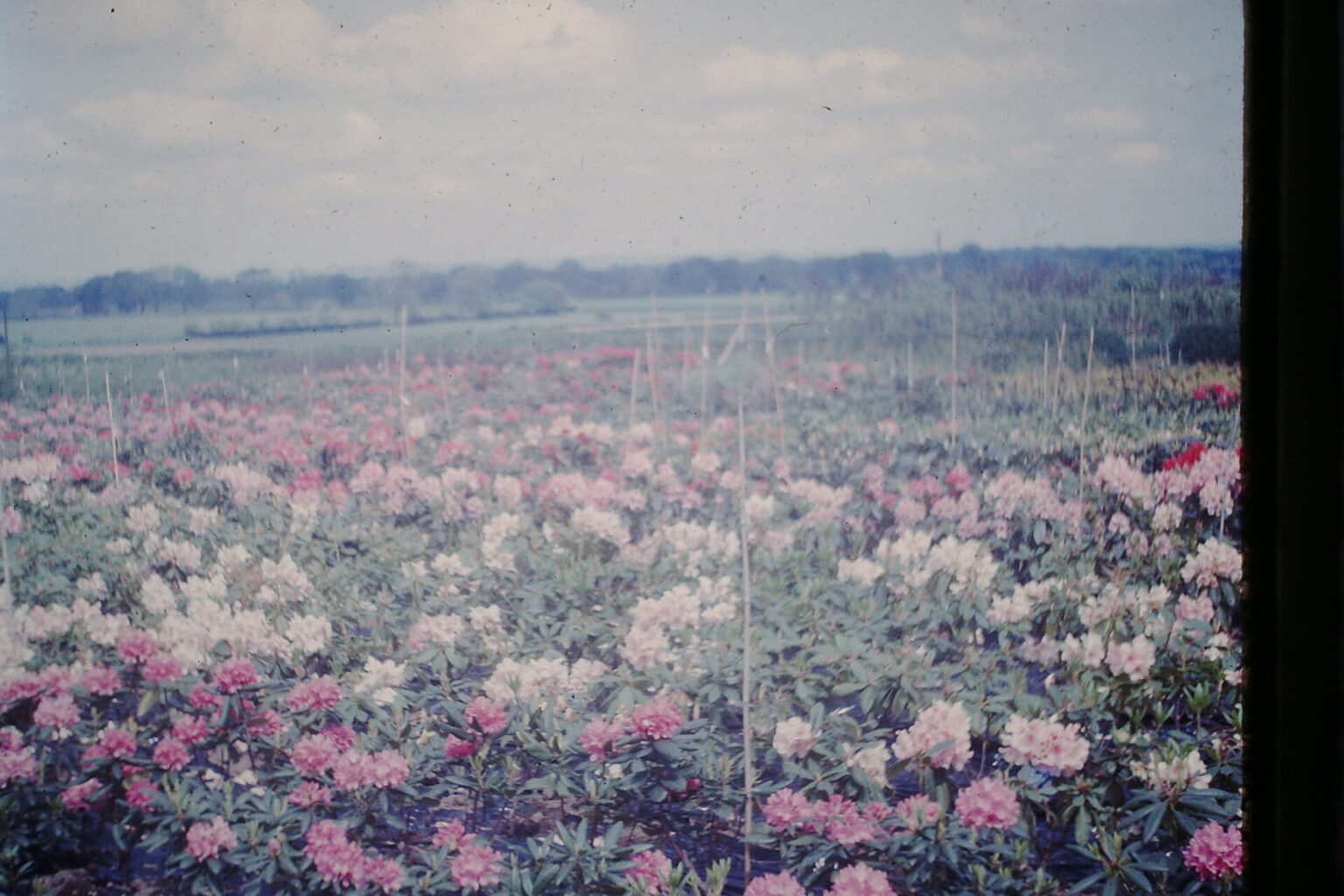 5.Rob, How does that compare to current figures?

Rob: Approx 2 million plants in pots and 1 million in the field, although we do have significant numbers grown for us on contract. We now sell over 5 million plants per year and our last turnover was 13.2 million. 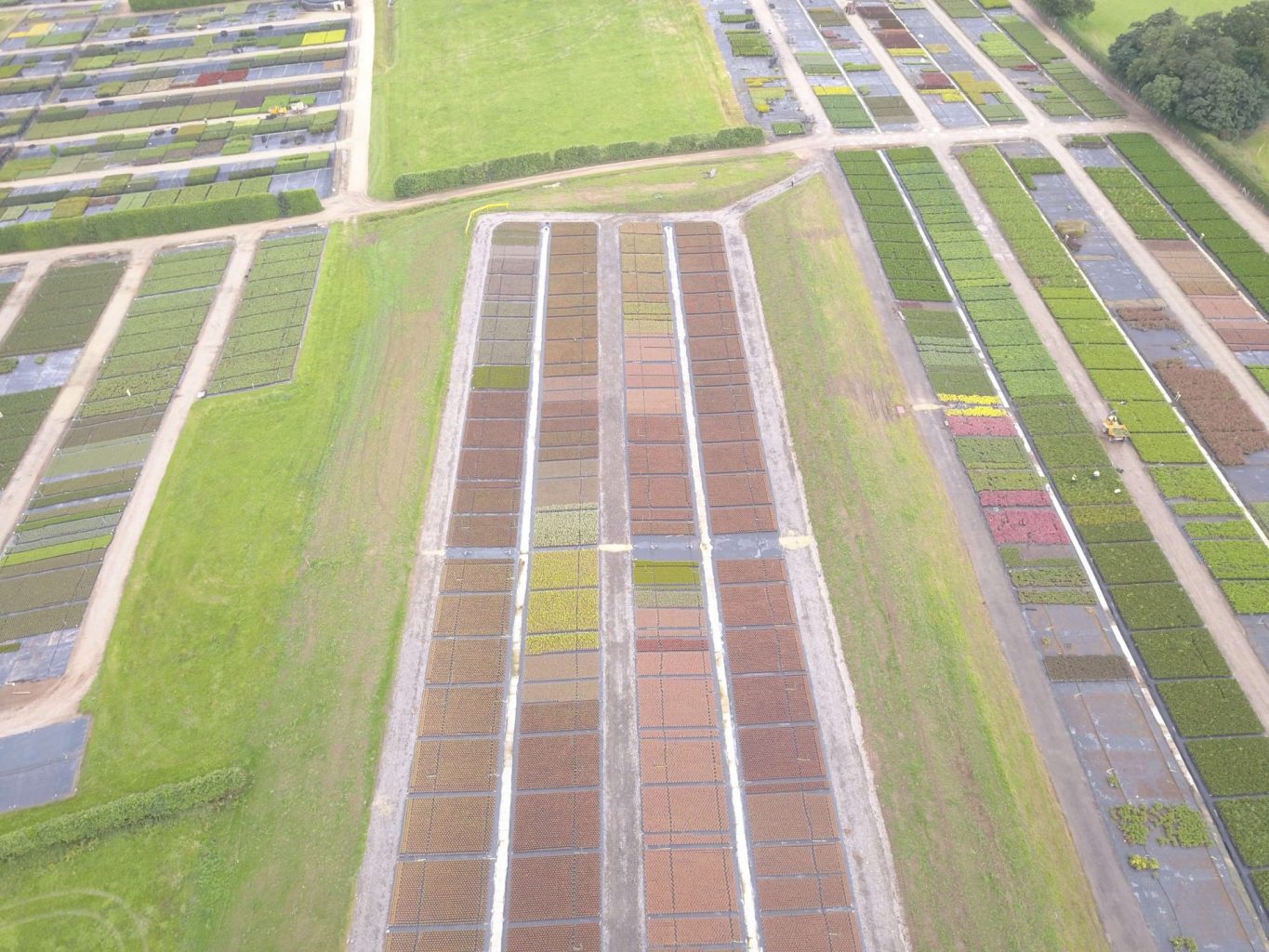 6.And what about trends? What did we produce and sell most of? And what's popular now?

John: The most frequently asked for plants over generations must have been hedge plants such as beech, thorn hornbeam etc., which have been grown for 500 years to use as field markings and animal enclosures.  The seed is collected in the autumn and subjected to a period of cold winter treatment before being sown in the following spring.  In recent years the number of plants grown from seed has increased, but not as much as the increase in plants propagated vegetatively in order to develop the continued expansion of 'new' varieties continually in demand by the public.

With the continued expansion of plants in demand, it is now relatively common for species requiring specific propagation techniques to be grown by a specialist to order, with some significant growers not undertaking propagation at all.

Roses and fruit trees have always been high on any propagators list, but over the last 30 years, demand has fallen to such an extent that propagation is now in the hands of a few companies. 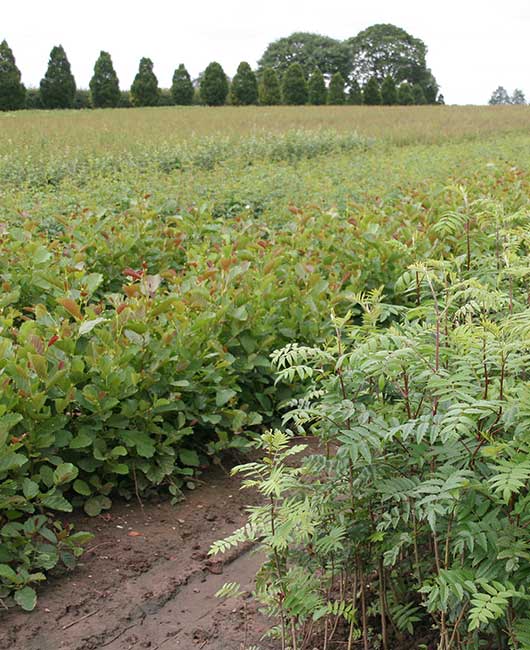 Rob: There are some staple lines which are ever-popular and remain our best sellers year on year such as Lavandula Hidcote and Crataegus monogyna.

The most apparent upward trend over the last ten years has been in perennial/grasses planting, with shrub planting (mainly deciduous utility varieties) waning as a result; however, we are starting to see a bit of an increase in genus such as potentilla that hasn't been fashionable for a while.

I can imagine that over the next few years there will be a revival in demand for varieties with traditional names such as Garrya' James roof' or Eucryphyia' Nymansay' at the expense of novelty varieties named after cocktails or emoji's.

Mirroring the recent fashion for houseplants, I can also see foliar interest plants such as fatsia, hedera, and Colocasia that mimic these effects becoming popular. 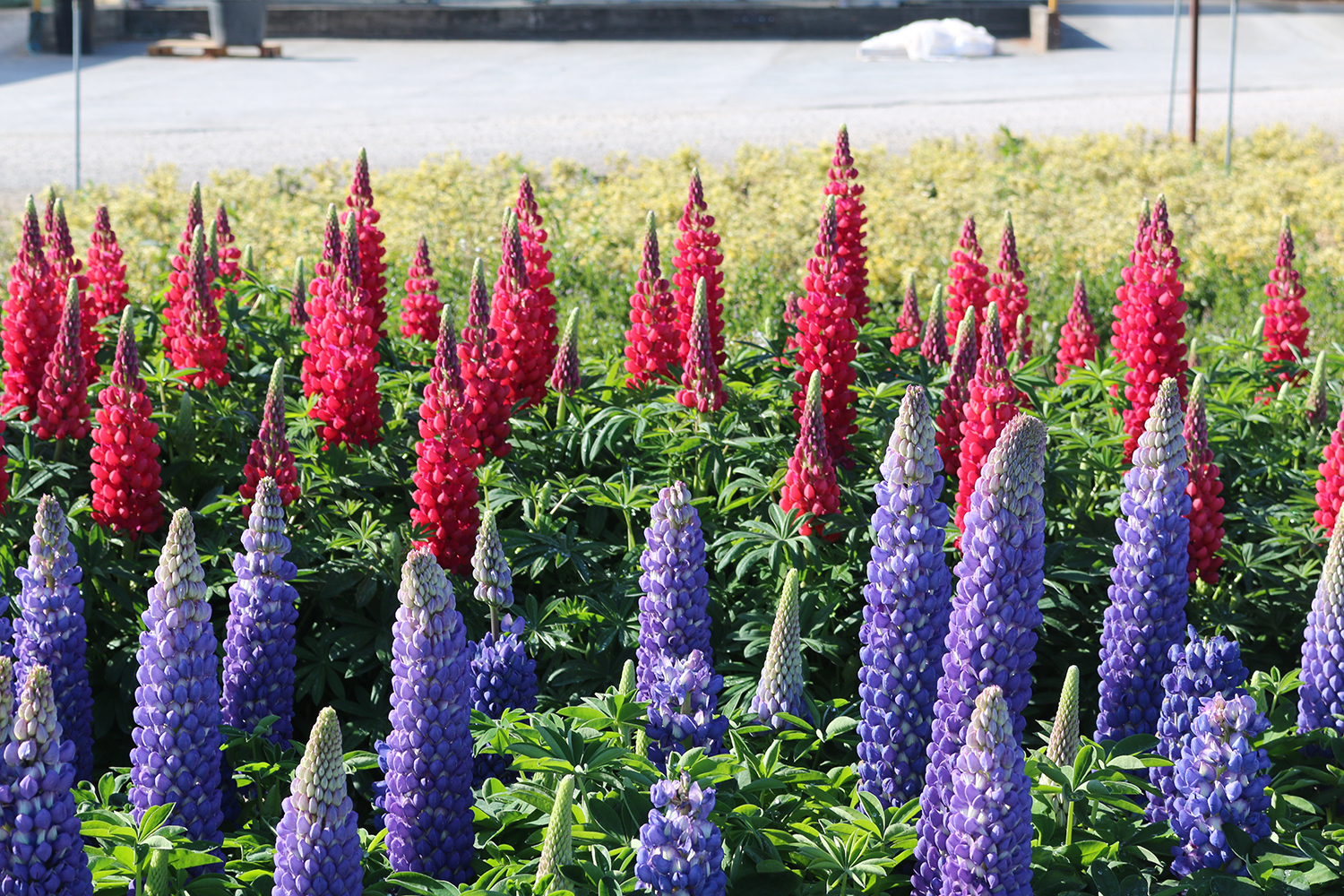 7.Have there been more challenging years than others?

John: I look back to the early years when we had no summer sales; all our efforts were focussed on weed control and the training of young trees and shrubs. At that time, we had retail customers come and look around the nursery and place orders for autumn delivery. This could vary from a single rose costing 25p to a York Corporation order for £250. 1981 was our most challenging year, the frost set in at Christmas and the ground was frozen to a depth of more than 20" solid for 13 weeks until we had to make the decision that staff would be laid off. That same week it began to thaw, and we kept everyone on, but it was a further three weeks before the frost was finally out of the ground.

2020 was also a challenging year with Covid-19 and Brexit bringing problems we have never had to face before. 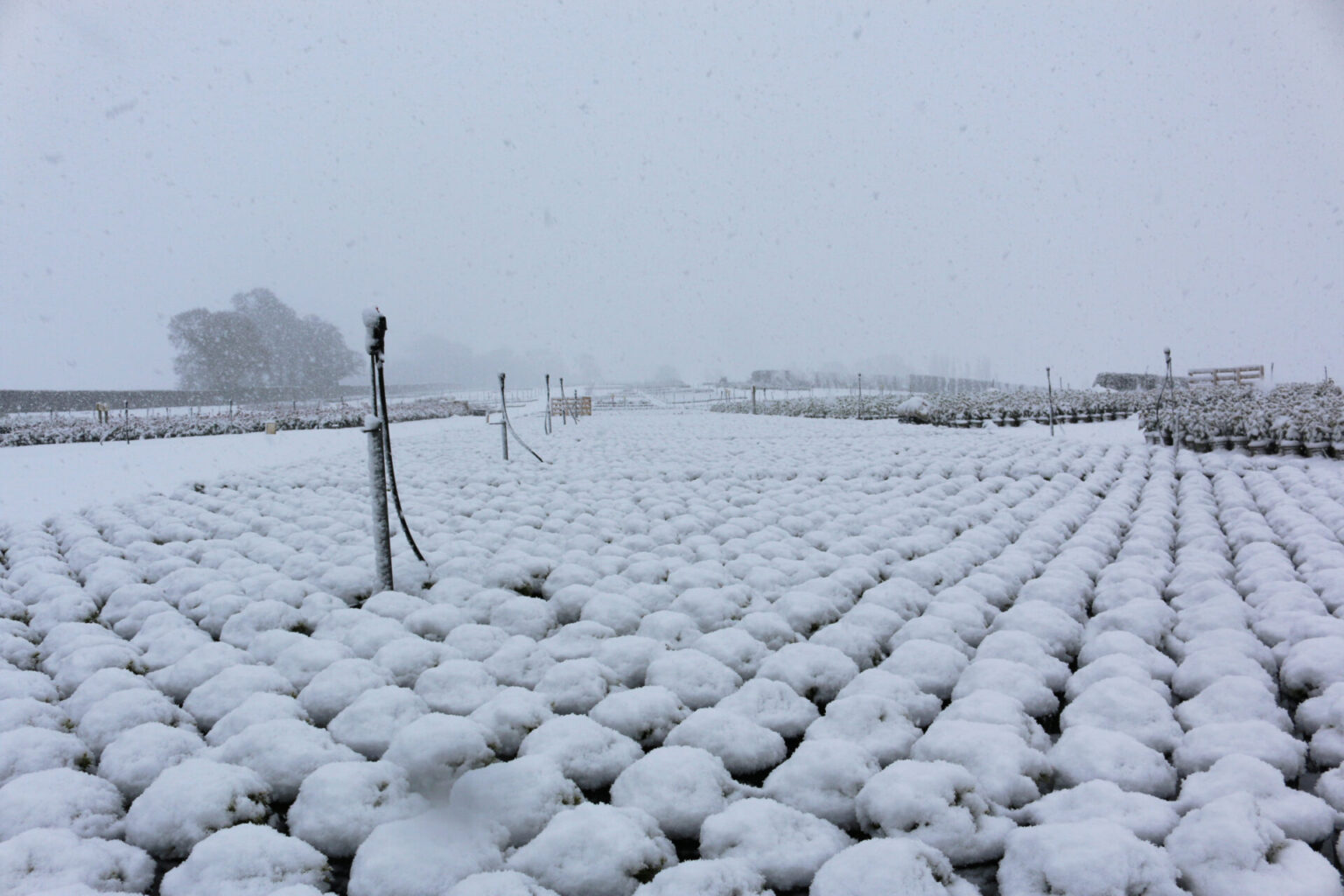 Rob: Managing the production department from June this year means that I don't have another year to compare it to. Coronavirus has been a bit of an unknown, but no more challenging than all the other complexities that growing plants bring.

8.What has changed most over the years?

Rob: I would think that the biggest change has been the loss of/reduction in seasonality. Most plants are now available and can be planted almost all year round.

From a sales/landscaping perspective, this is positive, but it does remove some of the variety and interest from what we see and do throughout the year. 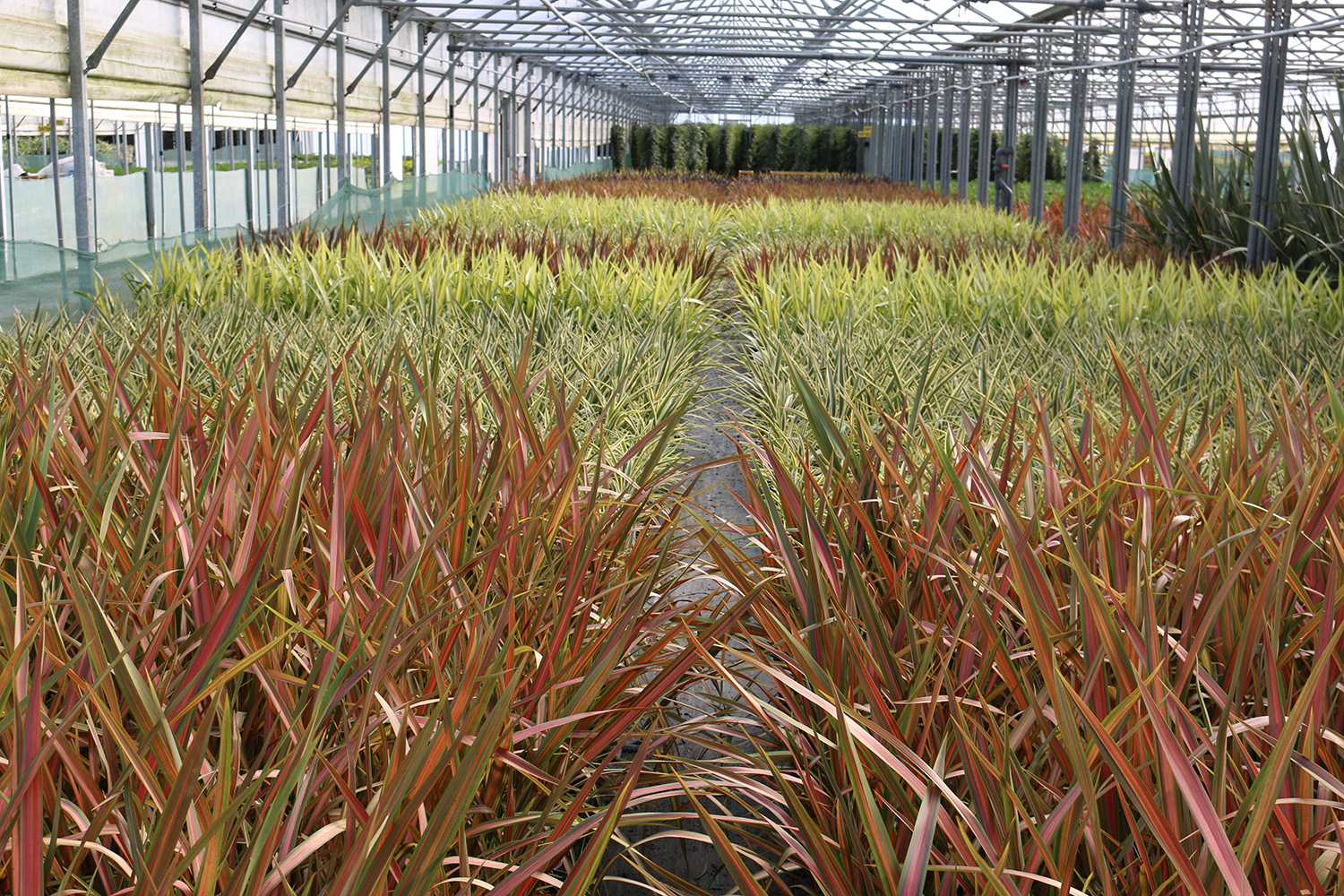 9.Rob, you've worked in varied roles within the business, what do you enjoy most about this one?

Rob: I enjoy the constant problem solving that my job requires and the fact it allows me to explore lots of different disciplines at times in detail, but I think the most rewarding element of the job is the clear connection I can see with the results of my work. If I make the right decisions, we grow good plants, and I get to witness this first-hand.

10.And finally, Rob, what does the future of production look like? (will we be getting a static shock from robots?) 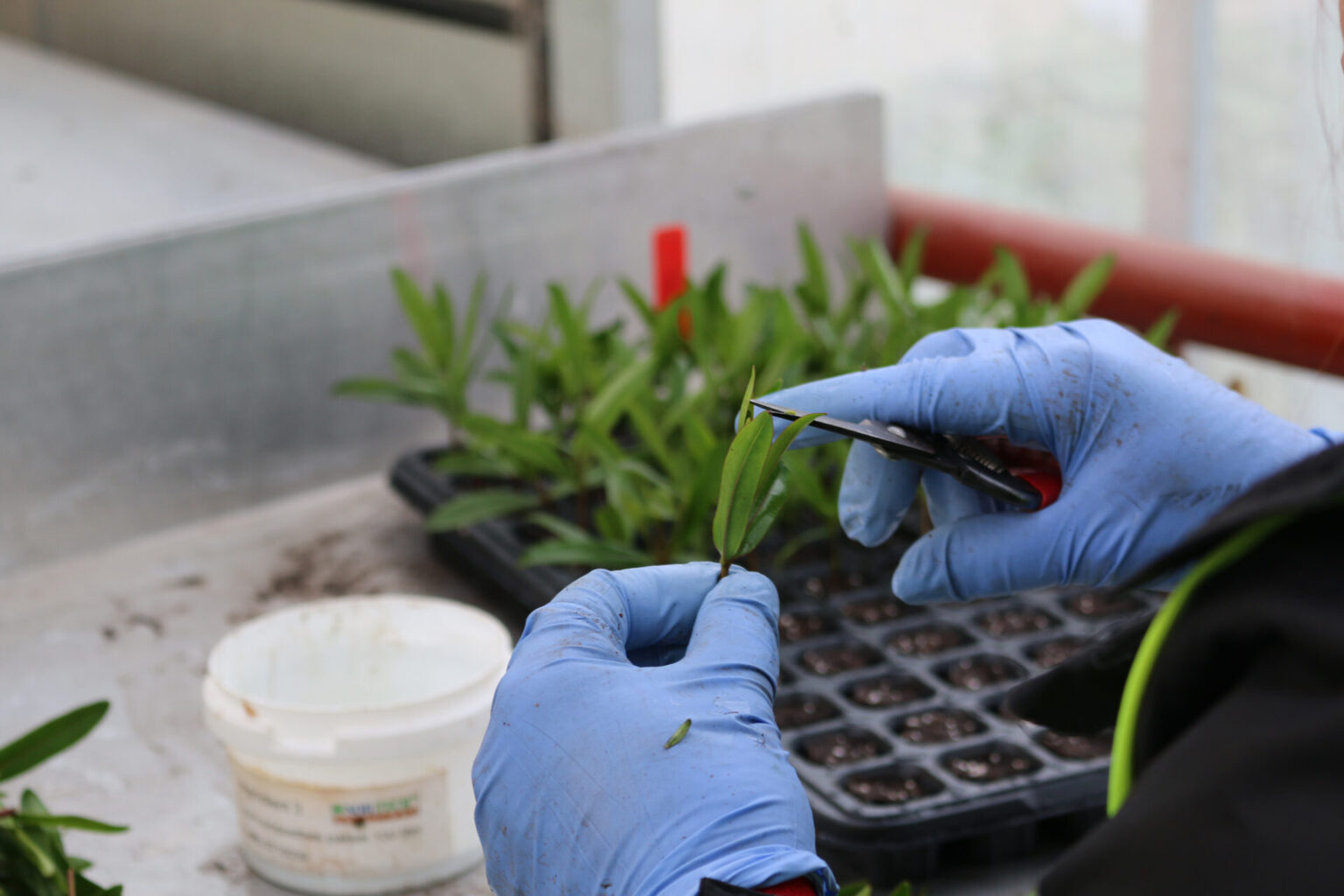 Rob: The obvious answer is greater automation, with more of the picking, packing and plant care processes likely to be mechanized particularly for commodity and large volume crops. This would involve more complex machines with a degree of intelligence. Still, most nursery processes are uniform enough not to need the differentiation ability of what I would think of as a Robot.

However, I think automation of commodity high volume lines will allow a more precise separation of/focus on added value products that require specialist skills or labour-intensive practices. The products that don't fit automated systems may be the ones we see less of but pay a fair price for as a result.