Our Chairman John has won a Lifetime of Achievement Award 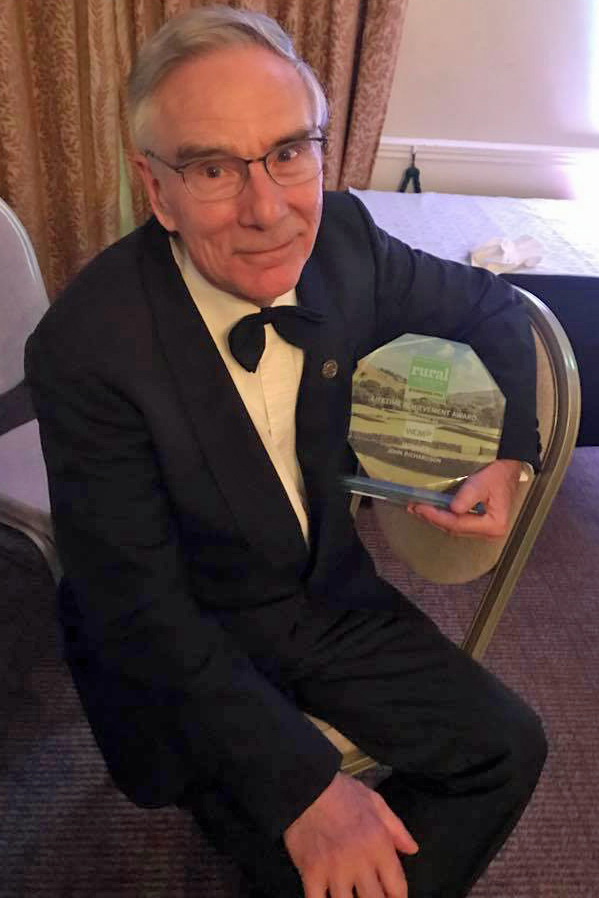 Our Chairman John has won a Lifetime of Achievement Award.

John Richardson has been named as one of the first recipients of a Lifetime Achievement Award in The Yorkshire Post newspaper’s Rural Excellence Awards.

John received the honour at the inaugural edition of the awards, held at the Pavilions of Harrogate at the Great Yorkshire Showground on Thursday 12 October.

He was honoured alongside Roger Nicholson, whose family operate Cannon Hall Farm near Barnsley, and agronomist Dave Clark, a pioneer of new techniques who was the first to advise on the use of fungicides for wheat, and use novel products to both control disease and improve grain quality.

John’s own achievements in the horticultural industry span well over half a century, having purchased the business in 1964 with just eight full-time staff in 1964, and grown it to employ more than 100, rising to 150 seasonally.

Under John’s reign, Johnsons has had continuous success. During the last 12 months, the business has delivered a turnover of just over £12m, representing our best ever annual performance.
Today, Johnsons is a true Yorkshire family business, employing three generations of the Richardson family; John’s sons, Graham, Ian and Andrew serve as directors.

Johnsons of Whixley chairman, John Richardson, said: “It was a tremendous honour to be shortlisted alongside such worthy nominees, and an even greater privilege to be named as one of the inaugural winners of the Rural Excellent Awards’ Lifetime Achievement Award.

“I’d like to congratulate Roger and Dave on their outstanding achievements in their respective industries. They have both proven themselves to be true pioneers and it is humbling to have been named in their company.”