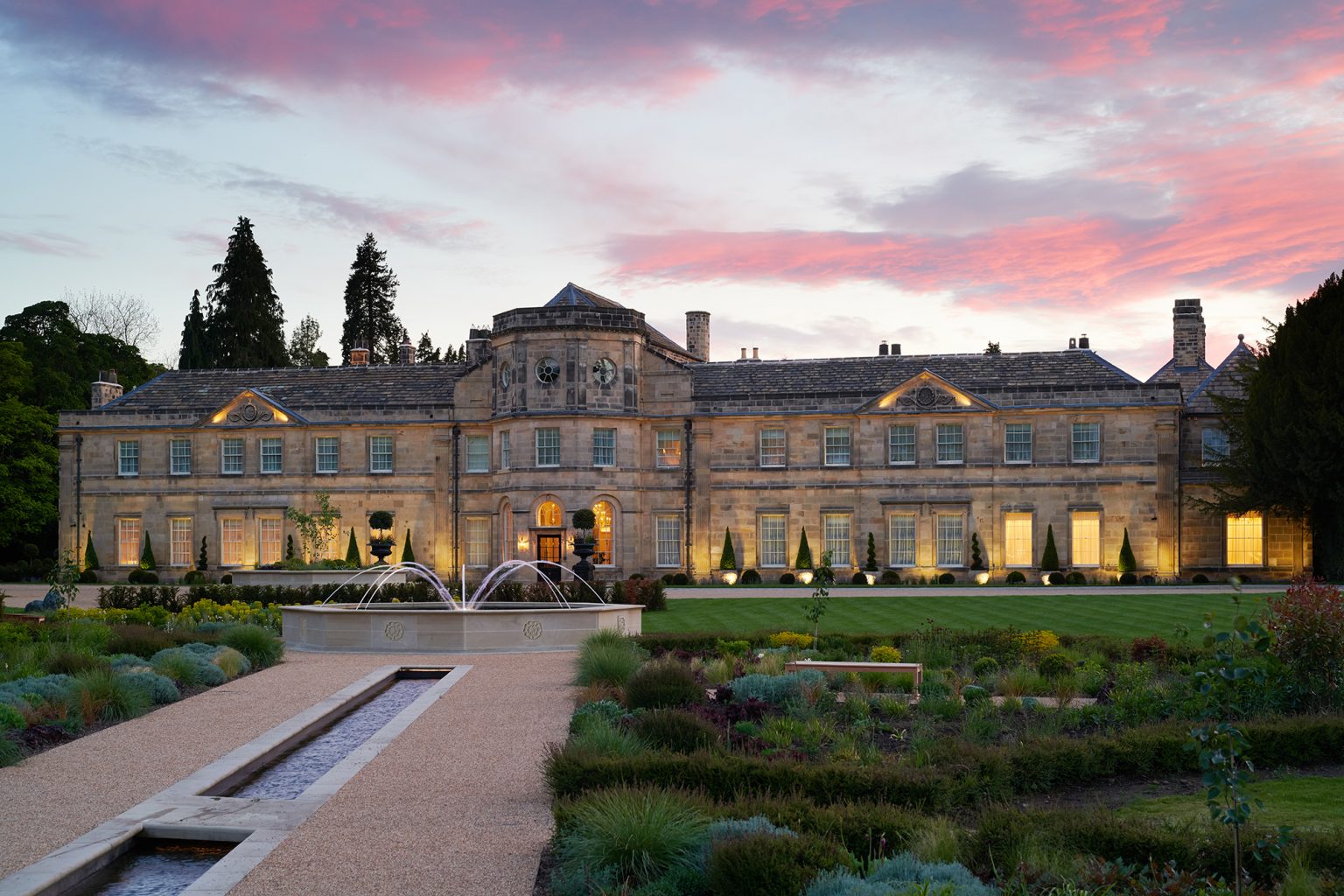 We are proud to have recently completed an impressive landscape plant supply to Grantley Hall, a new 5-star luxury hotel in the beautiful Yorkshire Dales that is set to open next month.

As part of this restoration, we were appointed to supply an impressive order of plants to restore the grounds to their former glory. Our plant supply included a number of large topiaries, including Fagus (Beech) domes and Buxus (Box) balls, as well as thousands of herbaceous, shrubs and grasses for decorational borders.

To complete the project there were several large hedging elements, including Hedera Hibernica (Ivy) screens that will be used to create partitions in the Hall's gardens.

The Hall was built by the Norton family in the 1680s before it passed on to the Furness family who lived there at the turn of the 20th century. Lady Jane Furness was a very keen gardener and was behind the creation of its ornamental Japanese gardens using rock from the nearby Brimham Rocks.

The Hall then passed to Sir William Aykroyd who hosted both Queen Mary and then Dame Vera Lynn who entertained convalescing troops in WW2. The current owner, Valerie Sykes, bought the property in 2015 with the vision of restoring the building and its landscape back to its original splendour by creating a unique wellness, dining and hotel experience in the North of England.

Working with Grantley Hall has been a real privilege, we have watched the project progress from its inception into something unique to the area. This will undoubtedly attract new discerning visitors to the North Yorkshire area, we are delighted to have played a small part in creating an inspirational first impression.