Half a dozen home-grown flowers to mark British Flowers Week 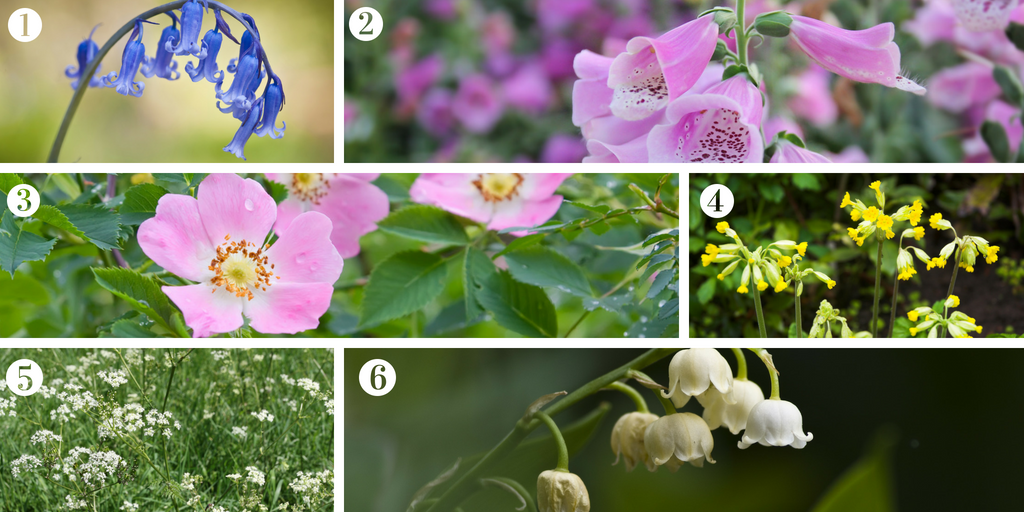 Half a dozen home-grown flowers to mark British Flowers Week

To mark British Flowers Week, we’ve published a list of six of our favourite Briitish flowers that we enjoying seeing across the country throughout the year.

1. Bluebells - The UK is home to about half of the world’s bluebell population, which cover our woodlands. They do great in shade and flower mid-April to late May. Available as a bulb in September.

2. Foxgloves date back to the 1500s, where they got their name from an English myth that foxes wore the flowers on their paws. The hillside of fox’s dens were often covered in foxgloves. Digitalis thrive in partial shade and are a great addition to a cottage garden come the summer.

3. Rosa canina dates back to the age of Shakespeare and can be found in hedgerows, woodland and scrubland across the UK. Known for their flower in May and June and its fruit come September, October time.

4. Primula veris, also known as cowslip, is a plant of traditional hay meadows, ancient woodlands and hedgerows. It gets its name from being found among the manure in cow pastures.

5. Anthriscus sylvestris also known as cow parsley or Queen Anne’s lace, which received its name from when Queen Anne travelled the countryside in May, when the roadsides had been decorated for her, are seen up and down our verges and roadsides.

6. Convallaria majalis, also known as lily of the valley, is found in woodlands throughout the UK in May and was seen in recent years in the bouquet of Catherine Middleton.