Celebrating our best year ever 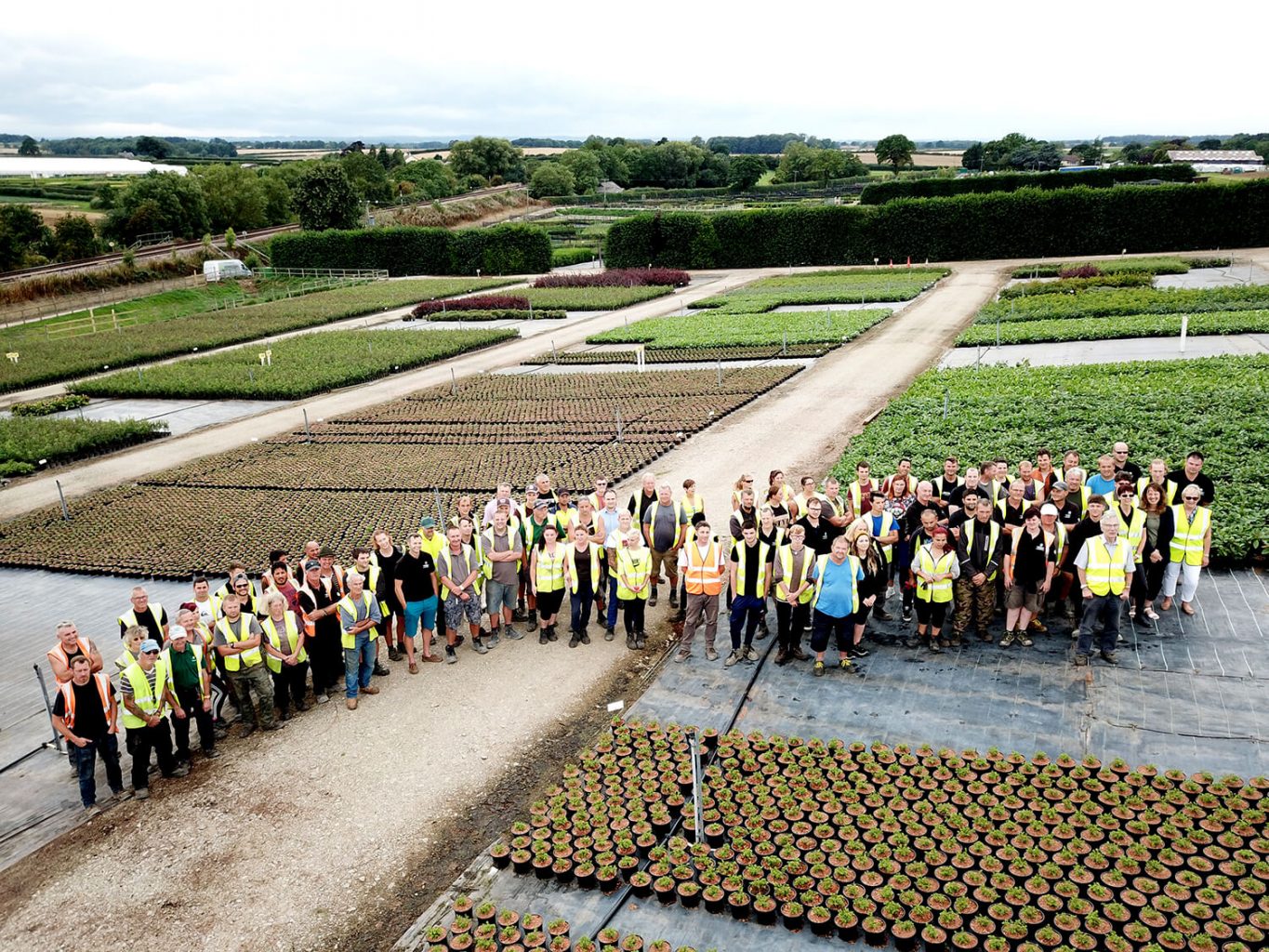 We are proud to be celebrating our best year ever since the company was founded almost 100 years ago.

The company has invested significantly in both its equipment and workforce. The Newlands and Roecliffe sites have undergone considerable expansion works costing around £160,000, with a new polytunnel to hold up to 60,000 plants at any one time and a 3,200 sq metre bed to accommodate a further 180,000 plants.

Earlier this year, we invested £70,000 in a new retail line, produced our first group catalogue in a decade and launched a new-look website.

The Richardson family receiving 'Business of the Year' award at the York Press Awards. 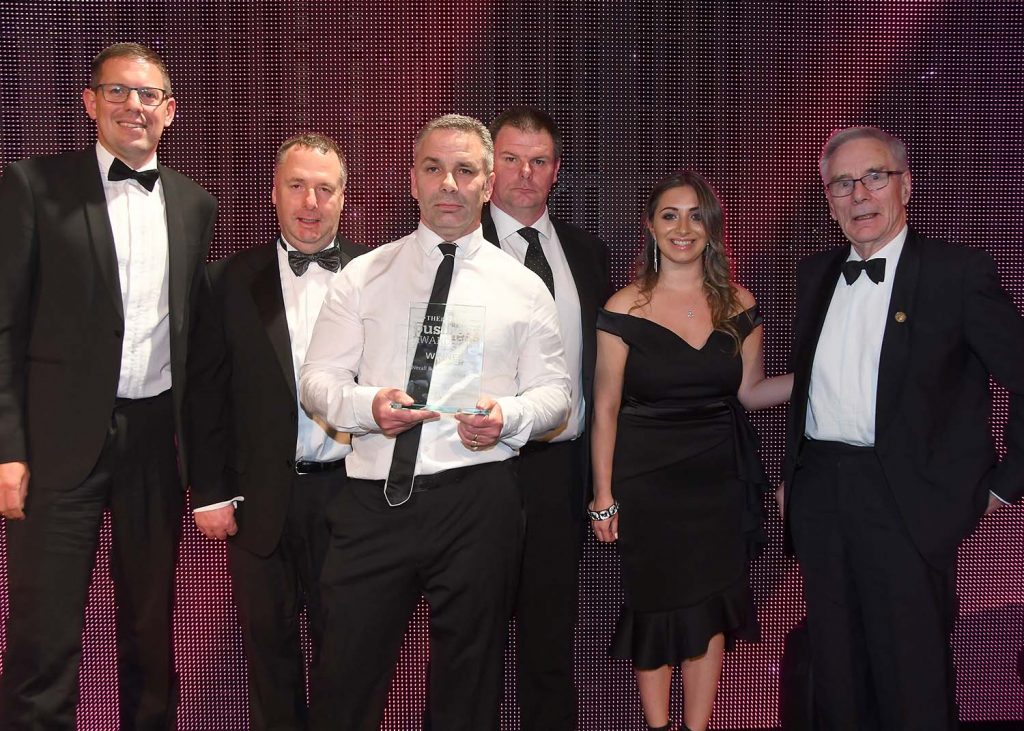 During 2019, we have supplied stock for several high-profile residential schemes, including the development of almost 1,000 concept apartments in Salford and a new development by Redrow, Colindale Gardens in London. 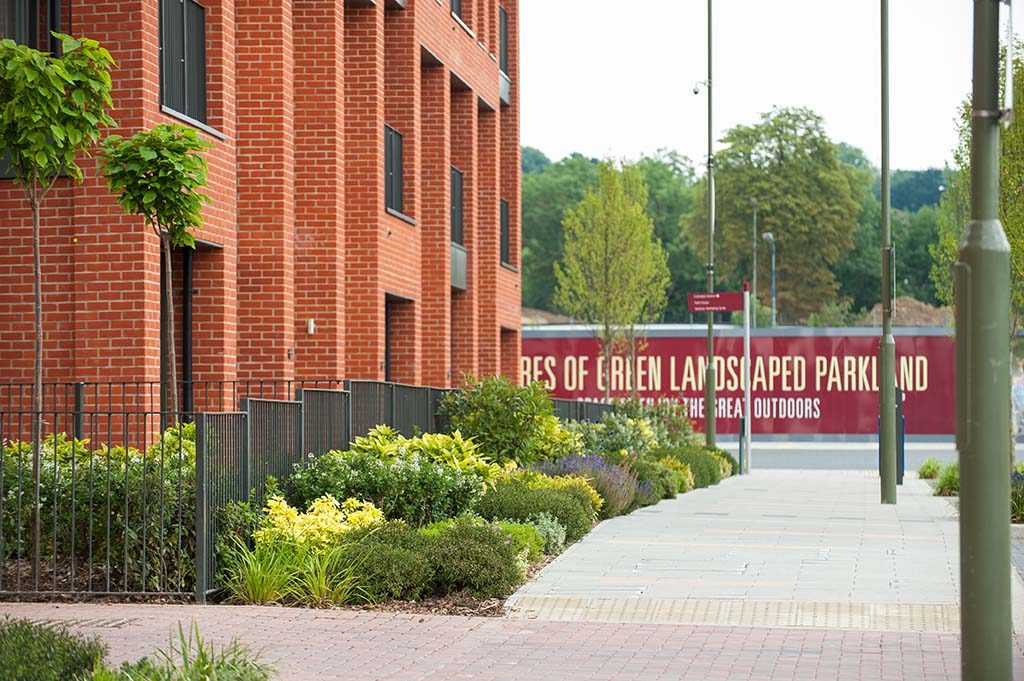 We provided plants worth £140,000 for the multi-million-pound Event Complex Aberdeen (TECA) which opened this year and includes an arena, conference halls, a multi-purpose space, hotels and more. 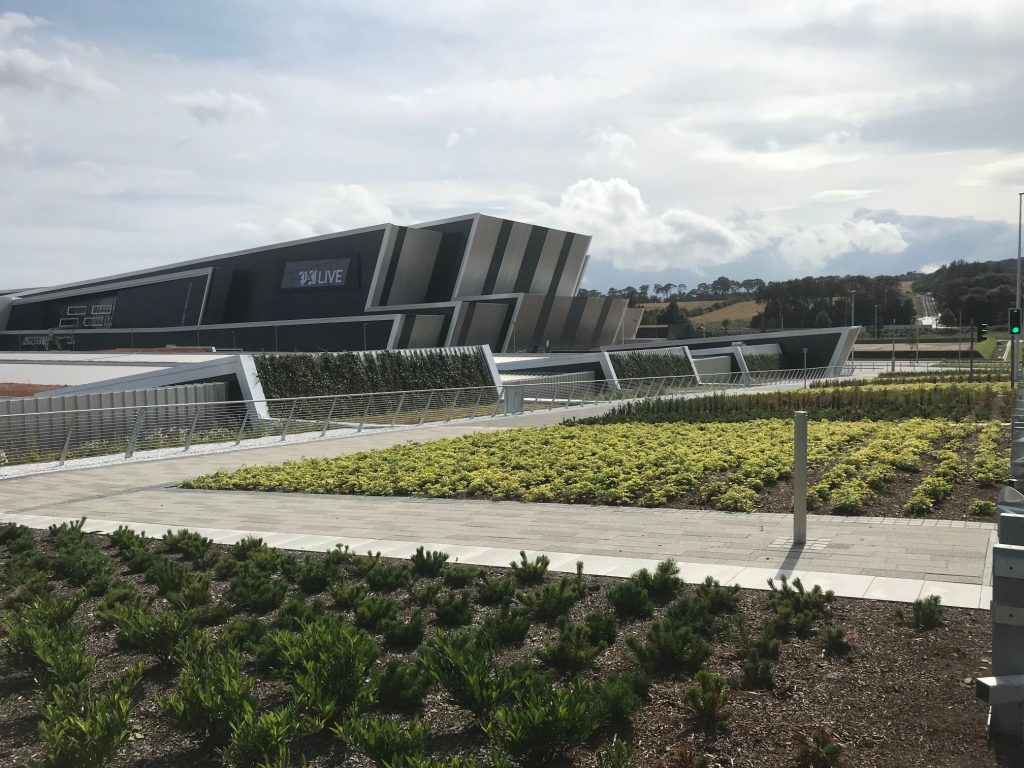 Other significant plant supplies have included major infrastructure schemes along the A50 in Staffordshire and the A6 in Northern Ireland and to amenities such as the Memorial Playground in Kensington Gardens, Holyrood Palace and Hirst Park, Northumberland.

We also saw our plants used in large retail developments such as Teeside Park, Thorpe Park, Crown Retail Park, Glasgow, in addition, our plants were used in a UK-wide scheme to transform Costco petrol station sites. 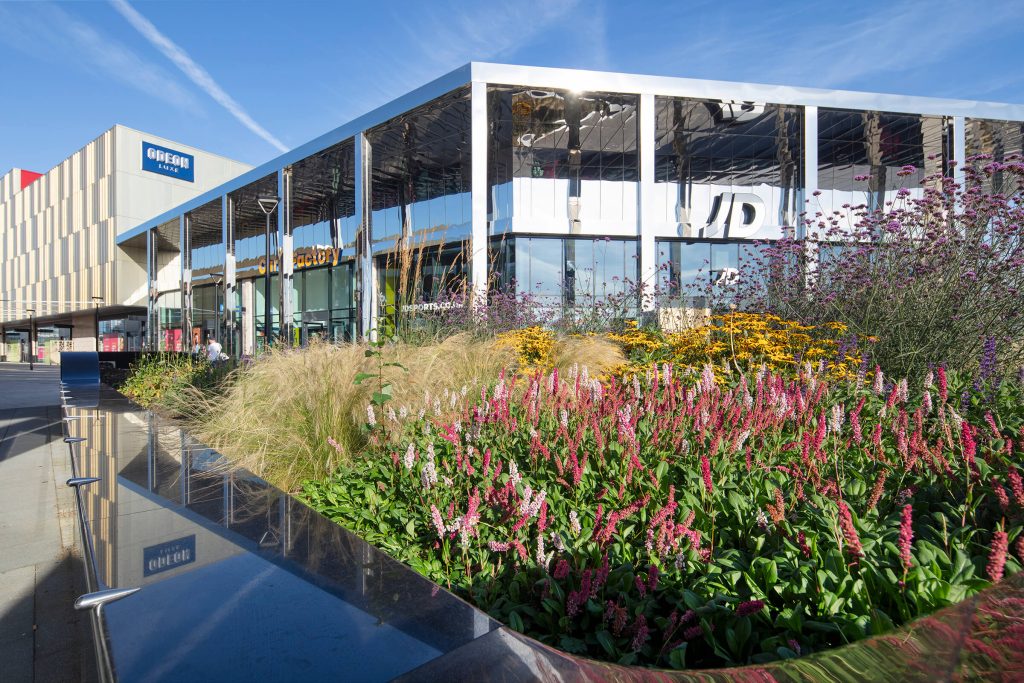 Several five-star hotels had their gardens enhanced by our stock, including Grantley Hall near Ripon and the Dakota in Manchester, while the company provided plants for a new gin garden at the exclusive Torridon Resort in the Scottish highlands. 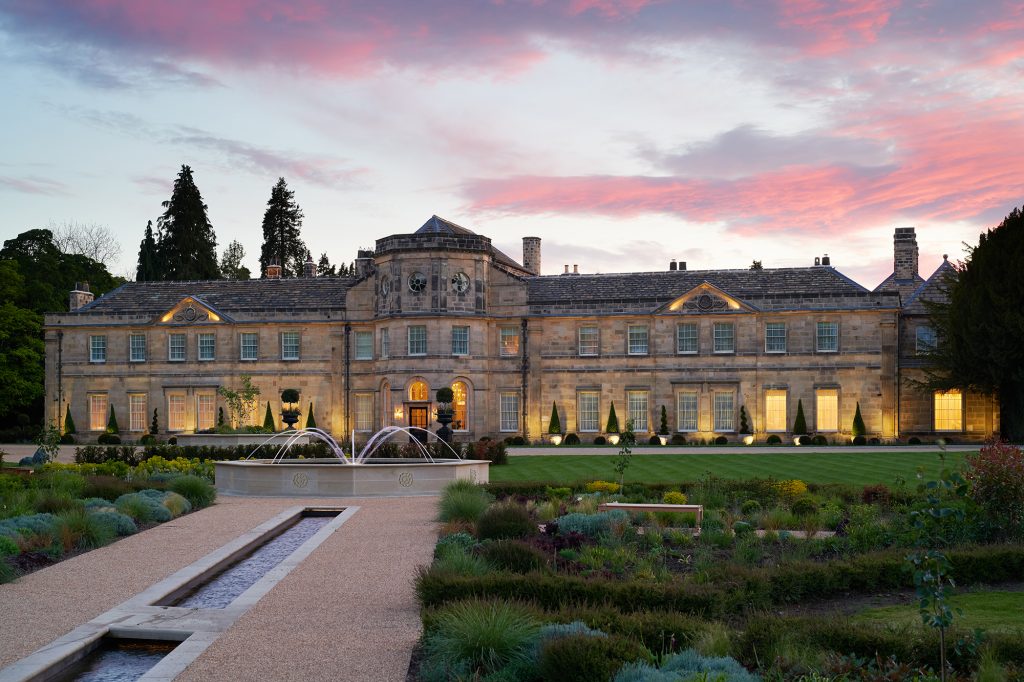 Our plants also made it across several holiday parks including Darwin Escapes, Sandymouth in Bude, Hoburne Mews and Norfolk Woods Resort & Spa. 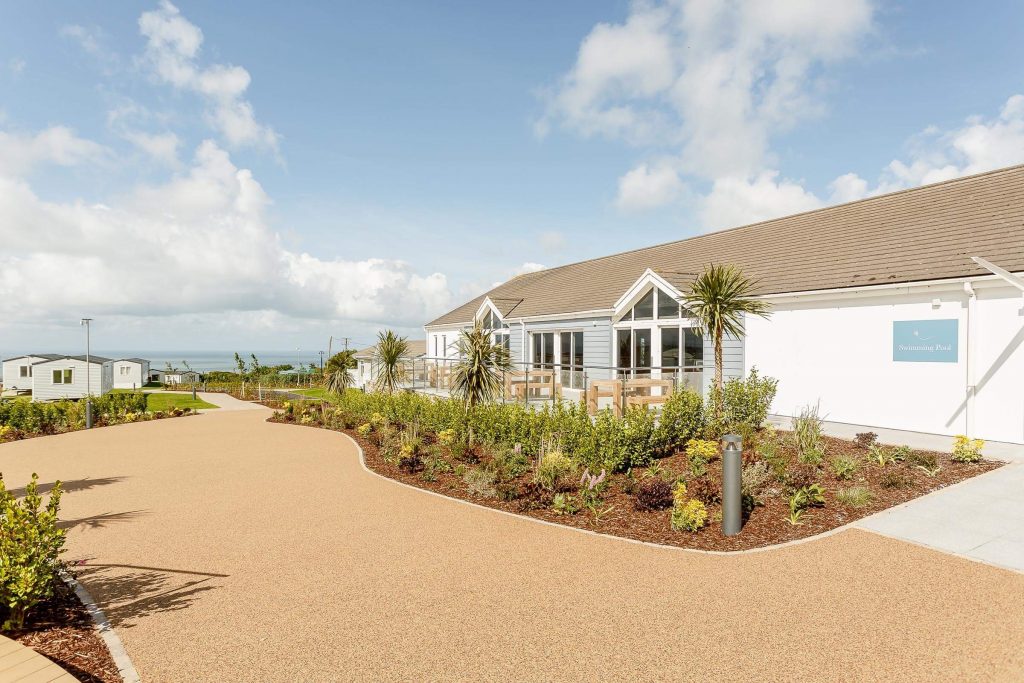 The company has also donated over £15,000 worth of plants to local schools and good causes this year, including providing volunteers for the York Cares initiative, while a donation of £5,500 to Springwater, a special needs school in Harrogate which led to Johnsons being awarded a Big Build Award at this year's Yorkshire Property Awards.

Group managing director Graham Richardson said the company was in a strong position heading into 2020: “This year has been very successful, with 17,000 invoiced orders and the despatch of approaching seven million trees and shrubs.

“As we look ahead to the coming year we aim to try and hold on to sales successes of this year – our budgets assume a small reduction in sales because of Brexit and the fact that our exposure to imported stock could hit us particularly hard in at least the first three months.

“We have already committed a lot of time and money to our Brexit plans, but as well as having no crystal ball, it is impossible to have any influence over the final outcome. However, our business is in a strong position to cope with a downturn or seize on new opportunities alike, so while the coming months remain unclear, we are confident that our recent successes will be maintained and in time surpassed.”