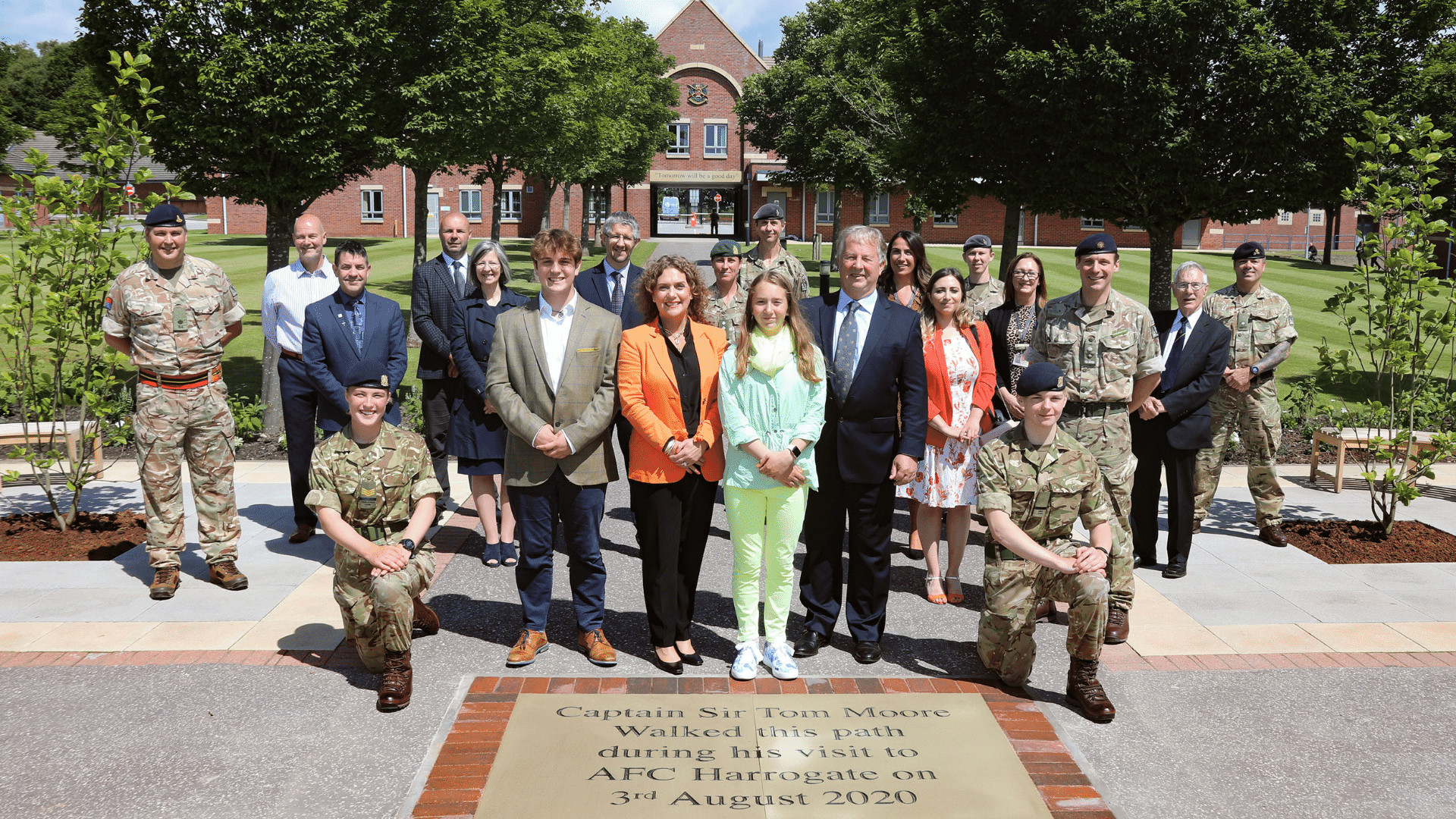 We recently teamed up with a landscaping firm and our customer Ray Skelton (Harrogate) Ltd to help create a touching memorial for a national hero and campaigner, Capt Sir Tom Moore.

This year we celebrate our Centenary while the late Capt Sir Tom, who raised millions of pounds for the NHS, celebrated his 100th birthday in April 2020. He passed away in February this year. 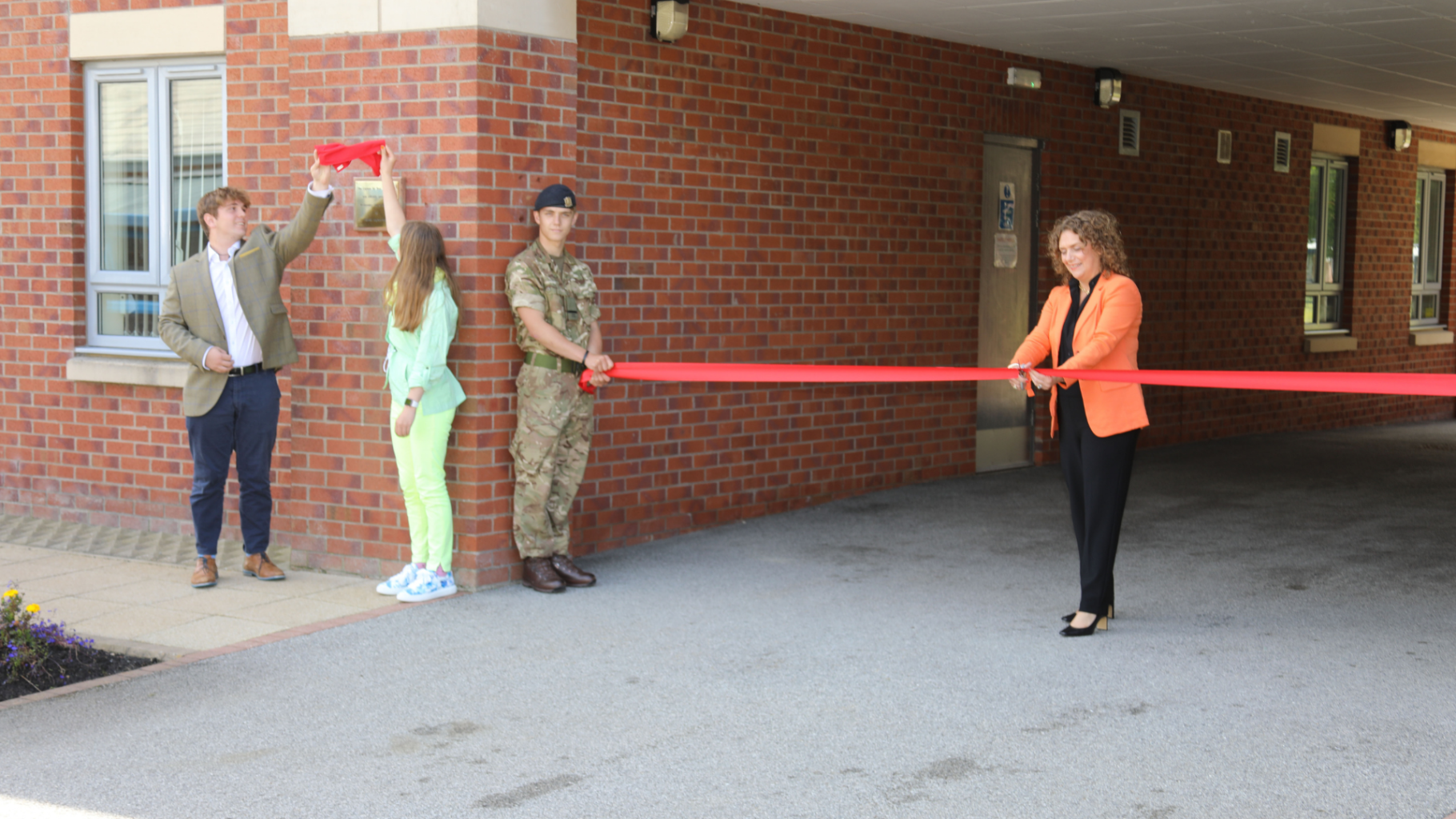 The memorial was unveiled on the 7th July in front of World War II veteran Capt Sir Tom’s family, Junior Soldiers and sponsors such as Ray Skelton (Harrogate) Ltd and Johnsons. 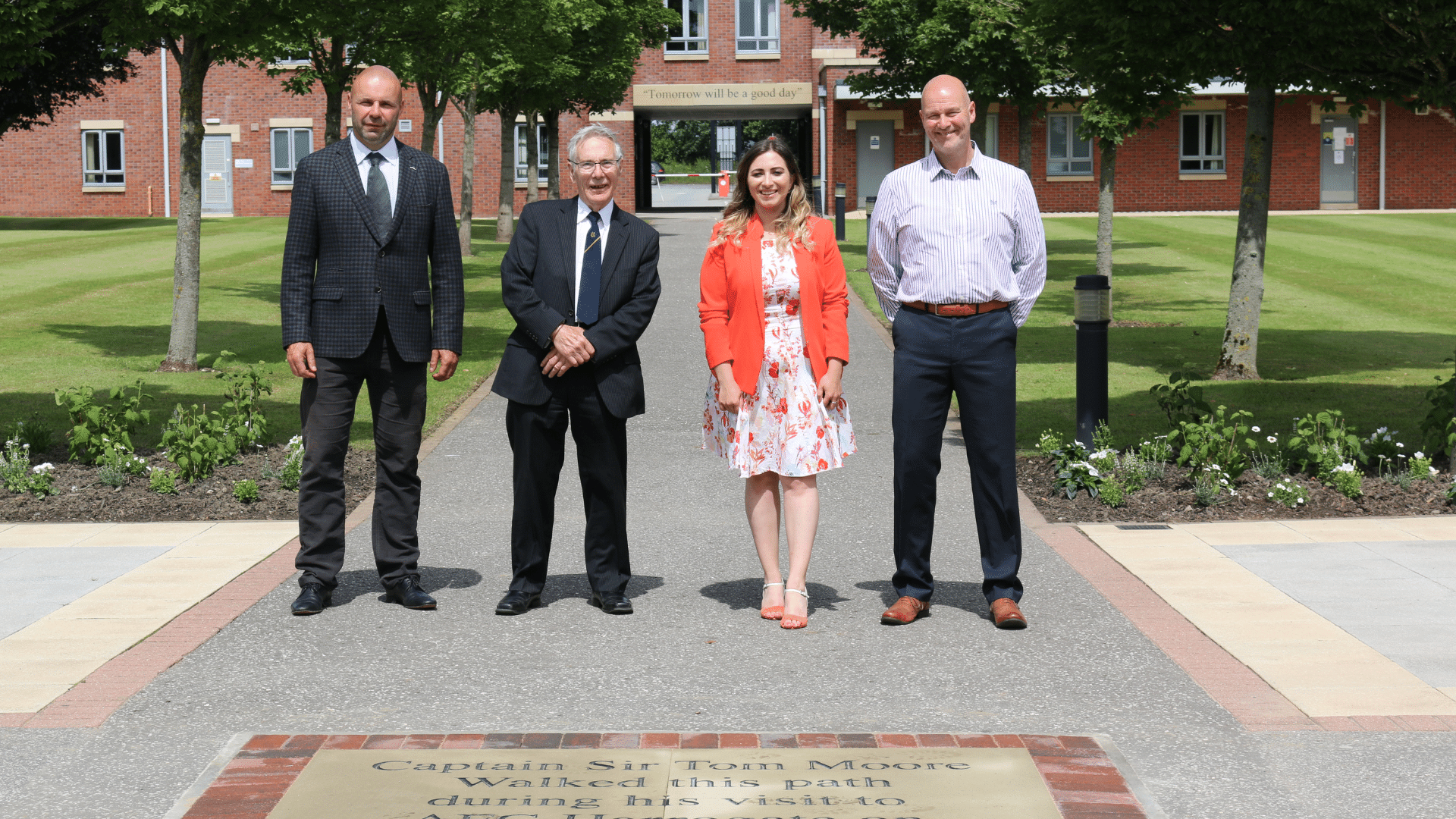 Ray Skelton (Harrogate) Ltd commissioned Kris Elvidge, a local Stone Mason, himself a Yorkshireman, to engrave the stones that can be seen on the front and back of the college headquarters identifying the start and finish of the Capt Sir Tom Moore Walk. They also created 4 seating areas that surround a centre stone halfway along the main walkway taken by junior soldiers on parade day. 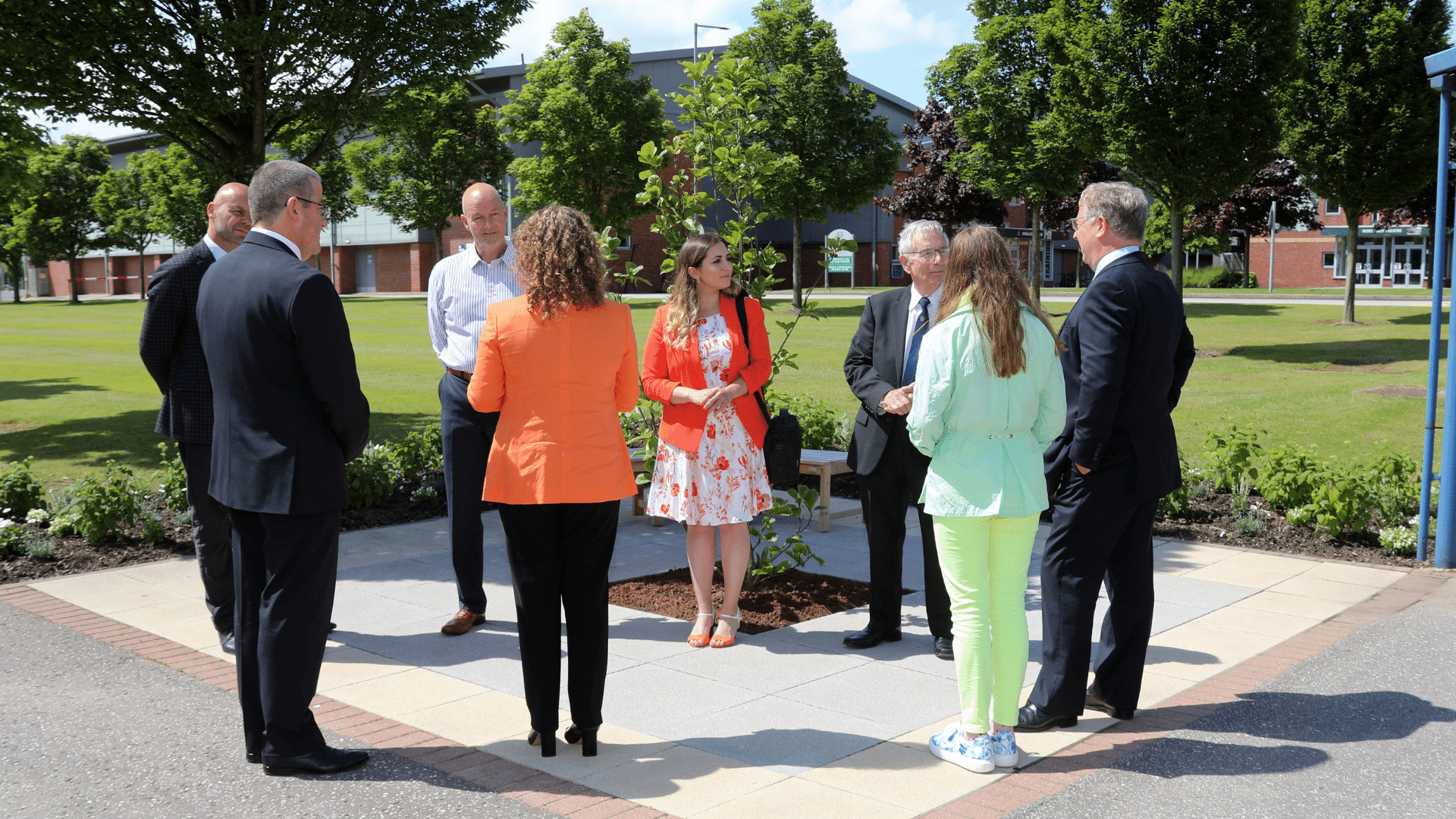 Through landscaper Ray Skelton (Harrogate) Ltd, Johnsons donated two Magnolia ‘Double Diamond’ 200-250 110L trees and 50 Hydrangea arborescens ‘Annabelle’ worth a total of £765 to the memorial at Army Foundation College Harrogate, where he was an honorary colonel. 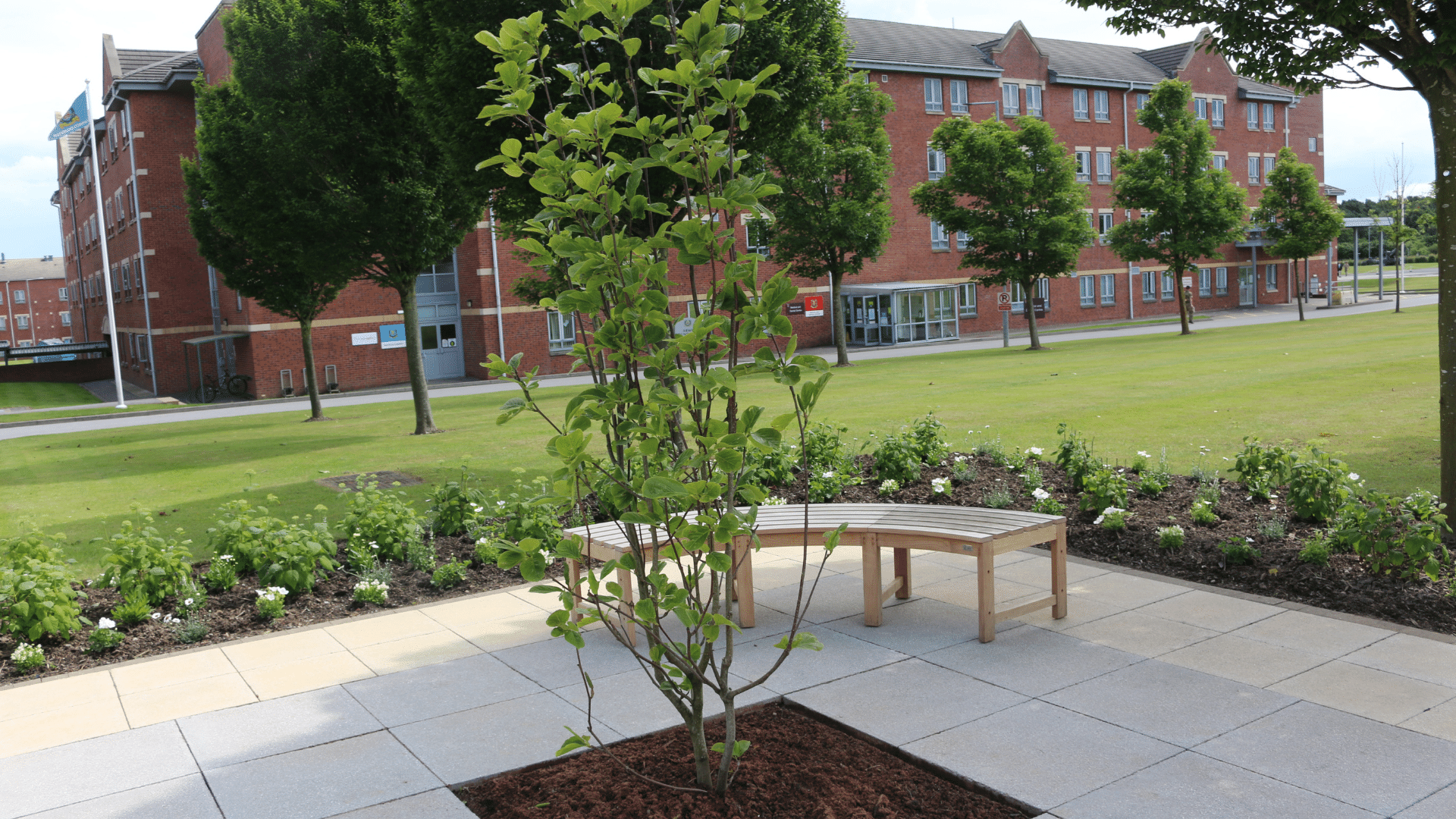 The trees are among six planted by Junior Soldiers from the Army college in honour of Capt Sir Tom and to launch the Queen’s Green Canopy campaign across the country.

The Queen’s Green Canopy is a tree planting initiative to mark the Queen’s Platinum Jubilee in 2021. People across the UK are being invited to ‘plant a tree for the jubilee’, with community groups and schools encouraged to take part from October, when the tree planting season begins. 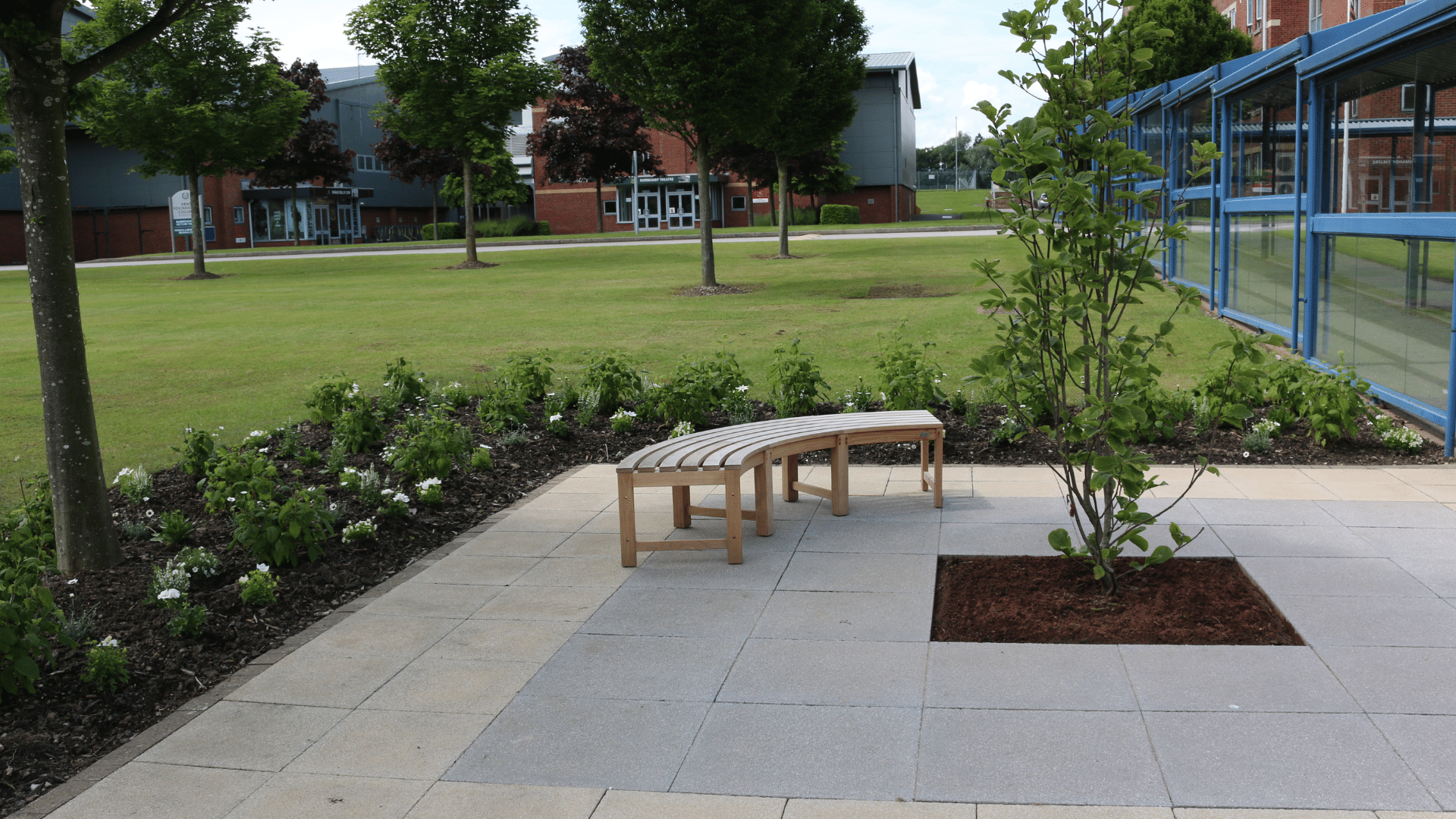 Capt Sir Tom captured the nation’s hearts when he raised over £32m for NHS Charities by walking 100 laps of his garden during the first lockdown. He was born in Keighley but more recently lived in Marston Moretaine in Bedfordshire. 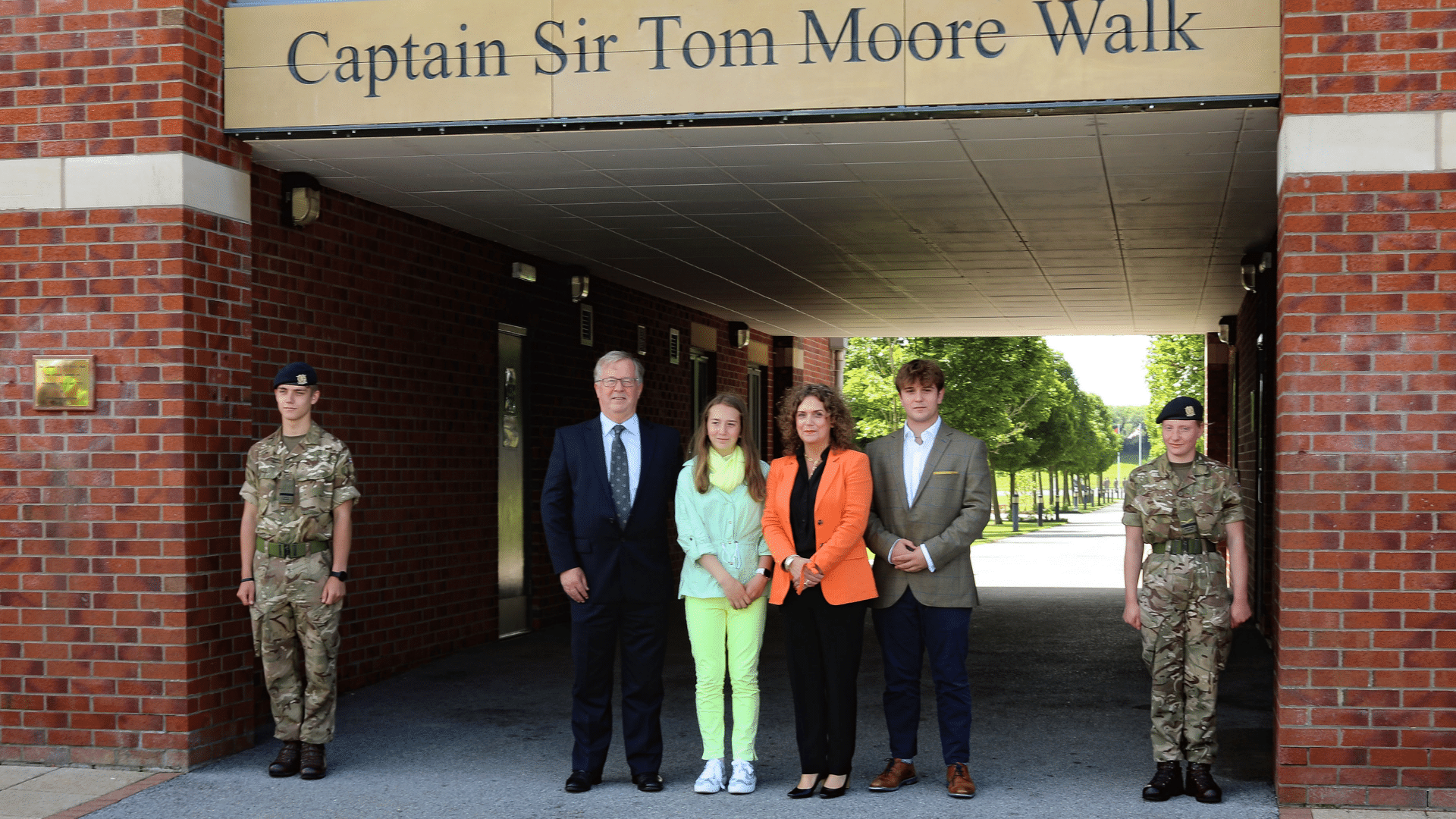 He inspired millions when his saying ‘Tomorrow will be a good day’ trended on social media and became the oldest ever recording artist to reach number one when his duet of You’ll Never Walk Alone with Michael Ball topped the charts. On his 100th birthday, he received thousands of cards from well-wishers across the world, including the Queen and Prime Minister, and was honoured with an RAF flypast.

Eleanor Richardson, Johnsons of Whixley’s marketing manager, said: “We were delighted to be part of this fitting tribute to Capt Sir Tom Moore, who was a true inspiration. The donation is particularly fitting as the magnolia is native to Asia, where he served during World War II.”

Stuart Skelton, Director of Ray Skelton (Harrogate) Ltd said “It has been an honour and a privilege to be involved in the Capt Sir Tom Moore Memorial, hopefully, this will continue to inspire future generations of Junior Soldiers”